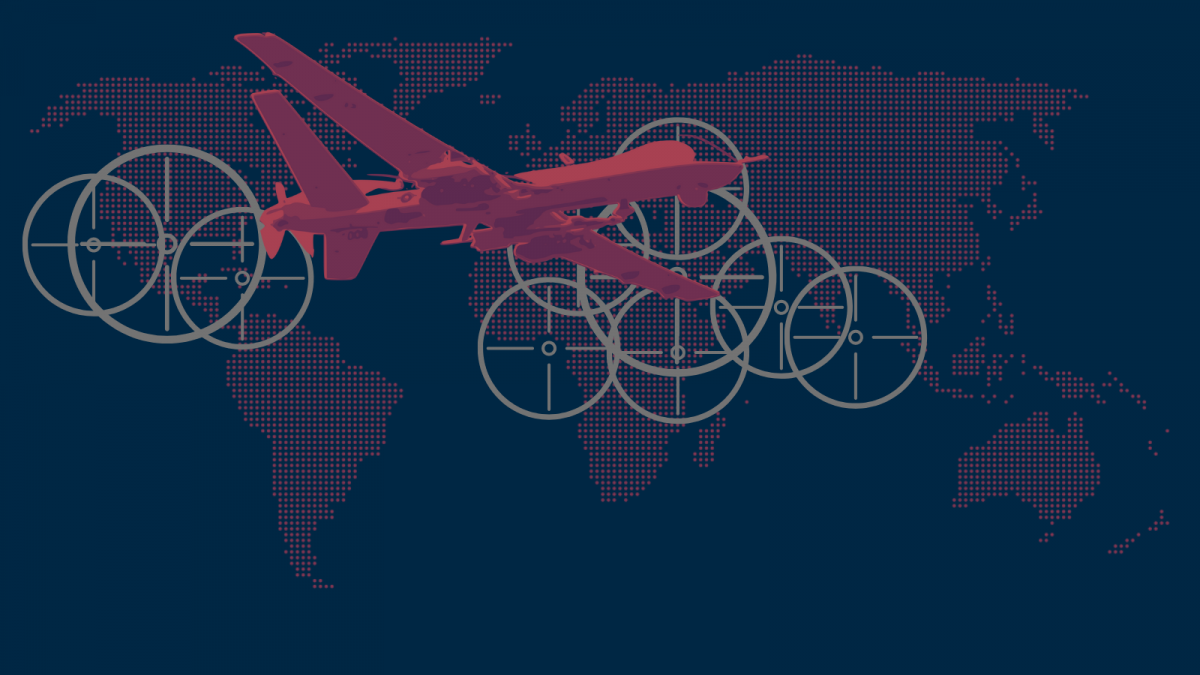 To that end, the Muslims for Abolitionist Futures Network created a policy tool guiding advocacy around War on Terror policy. With the understanding that ill-considered reform efforts can further entrench fundamentally broken policies, the tool differentiates between steps that undermine and abolish the War on Terror and policies that merely recycle and rebrand the violence of the Global War on Terror. This tool is a collaborative effort led by Muslims for Just Futures and featuring the contributions of Defending Rights & Dissent, South Asian Americans Leading Together, U.S. Campaign for Palestinian Rights, Lucy Parsons Labs, Muslim Anti-Racism Collaborative, and Vigilant Love.

The war and militarism section of the policy tool pushes back against the ongoing bipartisan investment in expanding the American footprint abroad. The Pentagon has turned the entire globe into a battlefield in the amorphously defined War on Terror, wrenching constitutional war powers away from Congress and placing them in the hands of the executive branch through Authorizations for the Use of Military Force (AUMF). Even after the United States pulled out of Afghanistan, operations in Somalia and other nations continue under a strained interpretation of the 2001 AUMF targeted at eliminating al Qaeda. And every year, the 1033 program brings more tools of war onto American streets, bringing the War on Terror into our communities.

An abolitionist approach to ending the war machine and militarism draws on traditions of transnational solidarity. Realizing that the global War on Terror damages communities at home and abroad, rolling back these policies involves restoring democratic levers over military intervention, curtailing military aid, ending the 1033 program, reducing the Pentagon budget, and drawing down Amercian troop presence across the globe.

The mere invocation of national security is a blank check for federal agencies to trample over constitutional rights. The proliferation of rogue FBI Joint Terrorism Task Forces, Fusion Centers, and Suspicious Activity Reporting programs attest to the success of using terrorism as an excuse to surveil Americans, swamp agencies with a deluge of mostly useless (and biased) data, and engage in unconstitutional racial, religious, and ideological profiling. The War on Terror gave the FBI a renewed mandate to engage in old practices of selective targeting, entrapment, and use of informants to profile, surveil, and repress Muslims and dissidents. Surveillance tech has become ubiquitous, as has the language of safety and security that justifies its use. Recent focus on white supremacist violence has led lawmakers to transplant unvalidated Islamophobic tactics into new settings.

Adopting an abolitionist perspective on national security issues means restraining the excesses of the surveillance state through placing moratoria on facial recognition, predictive policing, and dragnet surveillance. Proactive steps like ending the use of Joint Terrorism Task Forces and passing the FBI First Amendment Protection Act must be taken to hinder biased surveillance. Other steps, like ending CVE and resisting immigration detention, can further remedy the harms perpetuated by the national security state.

Under the banner of the War on Terror, officials fabricated legal justifications for the use of torture, CIA black sites, and indefinite detention at Guantanamo. Perpetrators of American war crimes continue to receive amnesty, while the victims of surveillance technology, weaponized immigration policy, and FBI surveillance and entrapment swell the ranks of American prisons.

Abolition of the War on Terror overlaps substantially with prison abolition. Ending the overuse of prisons entails ending the use of torture, enhanced interrogation, and solitary confinement, paying reparations for victims and their families, and reducing the overall prison population.

Following incidents of hate violence, such as mass shootings or hate crimes, the default response often involves treating the issue as individual and aberrational, rather than as a manifestation of pervasive oppression. Often, the response involves scrutinizing communities through the framework of risk, engaging in profiling and surveillance to try to cordon off potential perpetrators from the general population. Expansion of predictive policing and CVE programs like CP3’s TVTP grant program are default tools in the fight against hate violence, pinning violence on individual actors rather than recognizing society-wide systems of oppression.

An abolitionist approach to addressing hate violence involves investing in communities, not punishing individuals. Programs ranging from mutual aid to community investment to cash assistance for hate violence survivors can foster resilience without further embedding national security state surveillance and repression into communities. Resources should be freely given, without Minority Report-style profiling of potential offenders and conditioning of aid upon cooperation with policing and the War on Terror.

The Abolitionist vs. Reformist policy tool to abolish the War on Terror can be found here.