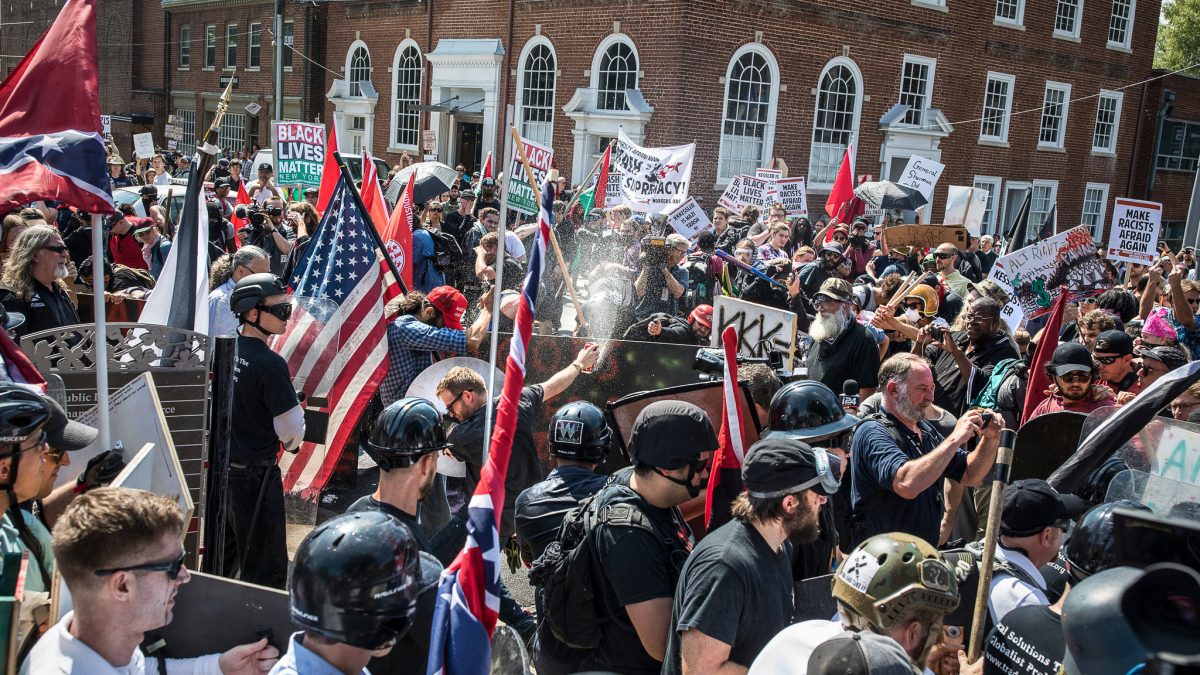 Terrorism is not contagious. It seems like an obvious statement, but it’s one belied by language about “terrorist radicalization.” National security discourse continually resurrects the myth that there is a traceable path to terrorism that starts with adoption of ideology and culminates in violence.

This model isn’t just false. It also instigates grave harm, often against communities already most impacted by violence. In his National Strategy for Countering Domestic Terrorism, Biden emulates the language of social justice, pledging to address white supremacist violence while safeguarding civil liberties. Biden has correctly recognized that CVE under Obama and TVTP under Trump eroded civil liberties and damaged communities. However, he misdiagnoses the source of the problem. Fixes on the margins – tinkering with the indicators, shifting topline priorities – do little to rectify the inherent problems of CVE: it coerces community members into becoming informants, it generates masses of “intelligence” that amount to little more than hunches, and it casts suspicion over innocuous behavior.

In an event with DRAD, professor Nicole Nguyen, who studies national security initiatives in schools, explained why CVE’s “public health” approach to counterterrorism – as lauded in a recent Atlantic op-ed – in fact blames affected communities for systemic issues:

CVE treats criticism of very real structural inequalities as personal complaints that predispose an individual to terrorism. This places the onus on individuals (often children) to disguise symptoms of structural inequality out of fear that they will be identified as potential terrorists. Nguyen points out that attributing discontent with American foreign policy to loneliness or alienation rather than well-reasoned argument deters certain categories of dissent. It also undermines the core purpose of CVE, which is to (theoretically though not in practice) provide an off-ramp for terrorism. Rather than building the “community resilience” it claims to, CVE replaces actual community-based interventions with surveillance and policing.

Funneling vital social services such as education and therapy into the policing framework reduces the likelihood that students will engage with these resources. Further, students concerned about violence or interested in violence might seek information online and in private rather than through open discussion, especially if they know that many of the adults in their lives will report them to law enforcement.  The vast majority of students identified by CVE programs will never commit violence, but some tiny fraction of them will. By drawing fractures through communities and making students afraid, CVE destroys the resources most likely to help.

Shakeer Rahman of the Stop LAPD Spying Coalition incisively outlines the chasm between the stated rationale for CVE programs and how this plays out in practice:

“But at least in the way it’s presented often it’s talking about “oh, what we need to do is, you know, provide services to these youth and so we’re connecting them to services or connecting them to help.” Which is insidious because often times our communities are asking for resources, are asking for, you know, more funding for schools, more support and programming for youth, but that only is ever granted through the mechanisms of policing.”

“Young people would also say, you know, we’re essentially seen as ticking time bombs and that’s the only reason they’re even putting money towards us.”

The communities most severely affected by state and non-state white supremacist violence are often also the communities in the most dire need of resources. CVE exploits inequities caused by white supremacy to fold communities closer to the white supremacist policing apparatus. Communities face a devil’s bargain: services for surveillance. Because CVE attaches suspicion to certain kinds of (First Amendment-protected) political expression, this means in practice that communities receiving CVE funding relinquish political organizing in exchange for policing-laden social services. The implicit implication behind CVE programs holds that certain communities only merit resources to mitigate risk – not to improve peoples’ lives.

Eliminating CVE from the national security state’s repertoire is not a pro-terrorism policy. Instead, it’s an appeal to logic, and to the basic dictum of innocent-until-proven guilty. It’s a call to view communities with dignity, to see communities as more than breeding grounds for terrorism.