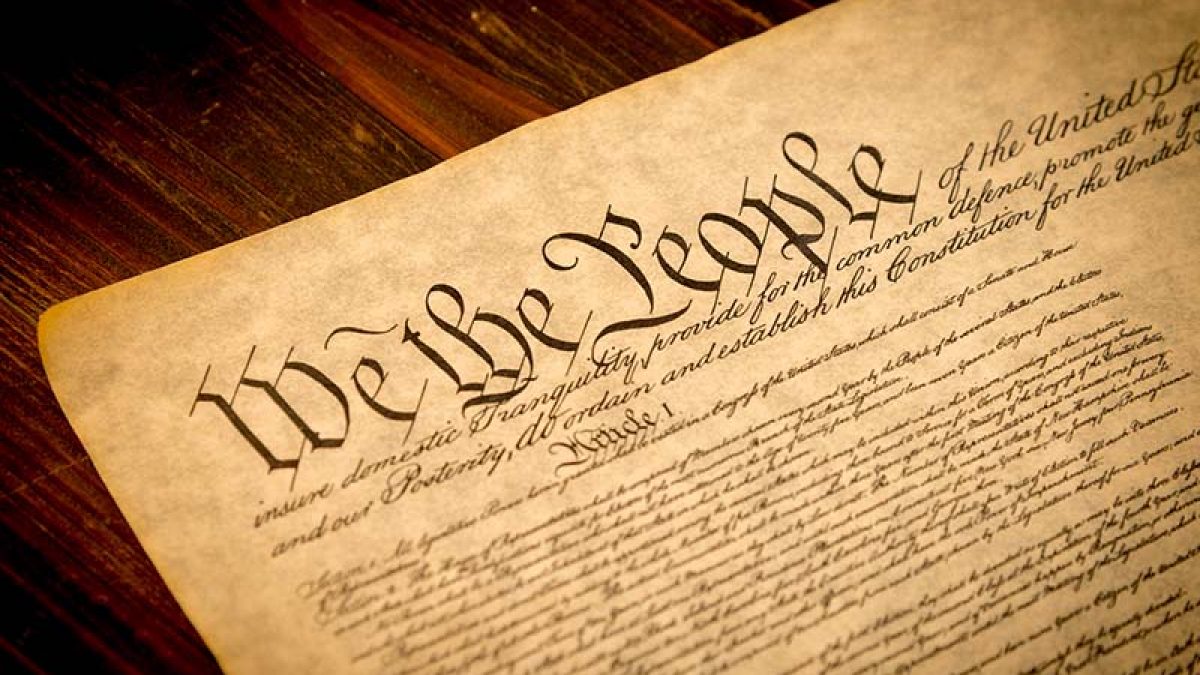 This coming Saturday will mark the 235th anniversary of the signing of the Constitution by 39 of the 41 delegates to the convention that crafted America’s current form of government. The document they circulated to their respective states for ratification lacked a key feature sought by many of the Constitution’s opponents and even some of its supporters: a bill of rights.

Yet even the man who would ultimately draft what would become our Bill of Rights, James Madison, was skeptical of its potential protective value. In his excellent 2016 work The Framer’s Coup: The Making of the Constitution of the United States, Michael Klarman quotes Madison (p. 553) writing to Thomas Jefferson in October 1788 on the ultimate problem with enacting any such individual rights safeguard.

“Should a rebellion or insurrection alarm the people as well as the government, and a suspension of habeas corpus be dictated by the alarm, no written prohibitions on earth would prevent the measure.”

In that regard, Madison’s words were prophetic, and they would come to apply to a range of rights supposedly rendered sacred in law.

A decade after his exchange with Jefferson, the Federalist-controlled national government would pass the infamous Alien and Sedition Acts, using the power of the federal government to persecute and prosecute their political opponents, including opposition newspapers–all in violation of the First Amendment. The arbitrary suspension of habeas corpus that Madison feared became a reality when then-President Lincoln did it at the outset of the Civil War.

Even in times of relative domestic piece or in the absence of any kind of credible foreign threat of invasion, successive Administrations–often with the enthusiastic support of Congress and federal courts–have laid waste to key provisions of the Bill of Rights, particularly the Fourth Amendment and its prohibition on warrantless seizures and searches.

Just over six years ago, I created a timeline of many of these First and Fourth Amendment violation episodes over the last 100 years. The project, American Big Brother: A Century of Surveillance and Political Repression, is (so far as the author is aware) the largest such timeline of its kind on the internet. What’s made updating it an ongoing challenge is that the federal governments violations of the Bill of Rights have become virtually routinized, with fresh examples surfacing almost weekly.

The FBI’s rights violation track record is an excellent case in point.

In March and May 2022, the FBI’s renewed proclivity for spying on Americans engaged in First Amendment-protected activities made headlines. Of special note was the frequency with which agents or informants acting at the FBI’s behest engaged in “otherwise illegal activity.” I’m pleased that an investigation into at least some of these episodes by Congress’s watchdog, the Government Accountability Office, will soon get underway. Unfortunately, the FBI is hardly the only federal agency or department engaged in surveillance at odds with the Fourth Amendment.

Even the Department of Commerce has gotten into the domestic spying business via its (now allegedly defunct) Investigations and Threat Management Service (ITMS). Among ITMS’s targets was Chinese American scientist and National Weather Service employee Sherry Chen. The ITMS episode has been the subject of one limited Senate investigation.

What these episodes and many more involving other federal agencies and departments underscore is how prescient Madison’s warnings were, and how desperately we need a fresh, holistic Congressional investigation into the scale and consequences of these surveillance abuses. And I note that even in cases where such an investigation cannot conclusively establish criminal wrongdoing for referral to the Justice Department, Congress is not without a remedy.

The House could elect to impeach those personnel in executive branch elements who authorized or knowingly participated in dubious or otherwise objectionable surveillance of innocent Americans. And even if a bureaucratic bad actor was not convicted after impeachment by the Senate, the negative publicity over their misconduct would make them politically radioactive and likely end their government careers via termination or resignation.

Madison was correct that words on paper alone are an insufficient guarantee that rights granted will be rights respected. The application of countervailing political power and the certainty of swift and severe punishment for violating those rights are required if they are to have any meaning.