What Does Dodger Stadium Have to Do With McCarthyism and Defending Rights & Dissent?

Investigate the FBI: Year in Review

Like you, we are outraged. But we are converting that outrage into powerful political action. Please join us!

Help us build a grassroots movement to defend our rights..

A grassroots movement to pass local laws to prohibit cooperation with federal law enforcement and intelligence agencies so that when Trump comes to enlist these communities to help him trample the Bill of Rights, they will have the power to say NO.

We can and must go on the offensive now. Please Donate now to support this campaign..

This is the most practical, effective, and achievable action local communities can take to fight surveillance, discriminatory policing, mass deportations, infiltration of religious and political organizations and other abuses that might flow out of Washington in the next four years.

Please support this work with a contribution today.

When the Patriot Act passed in 2001, we helped over 400 cities become “Civil Liberties Safe Zones.”

We need to do that again! 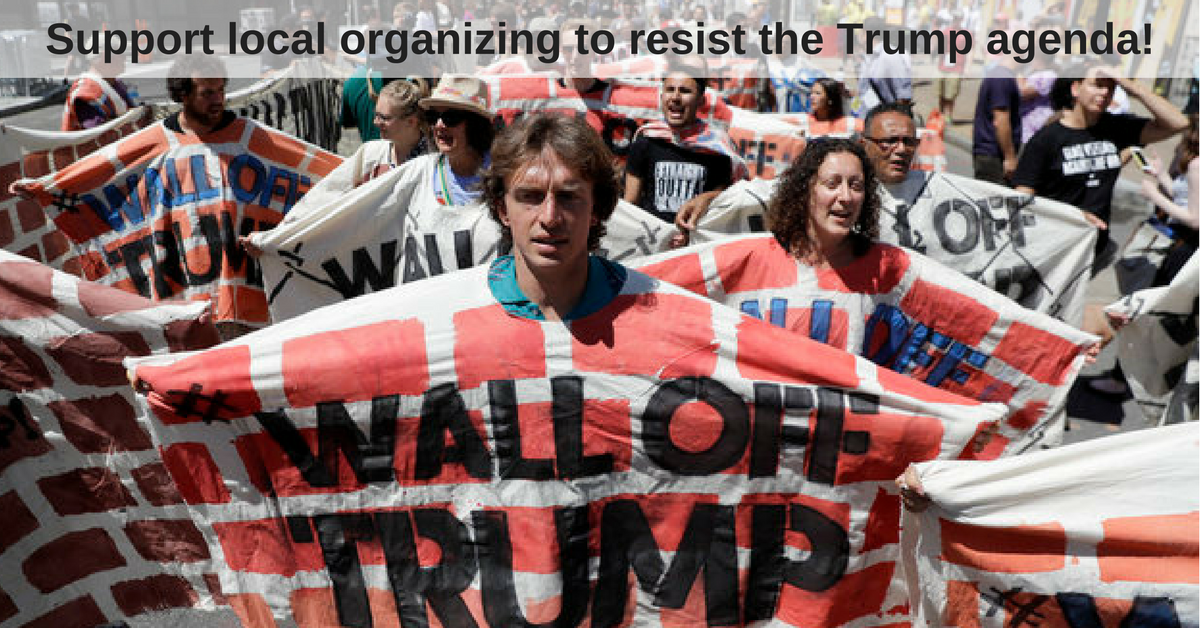 Please contribute now so more communities can build walls of resistance to keep their most vulnerable neighbors safe.

We have developed an organizing tool kits that include model resolutions and ordinances that can transform communities into bastions of resistance.

Our model ordinance prevents local police from cooperating with federal immigration authorities, infiltrating religious and political organizations, and implementing discriminatory profiling. Another model ordinance protects privacy on social media and the right to protest. Ordinance are binding on the police and city.
All of this takes resources though and that’s why we need your help.

And now DHS is asking for $1 billion more to expand it further.

Implementing more technology along our border must not come at the expense of the privacy and Fourth Amendment rights of border communities.

We've heard a lot about the Espionage Act in relation to Trump. Unfortunately, a lot of it has been misinformation.

When it comes to abuse of the Espionage Act against journalists and whistleblower, our policy director @ChipGibbons89 is not one to mince words.

"I call on Merrick Garland to drop the charges against #JulianAssange, these unprecedented charges brought under the Espionage Act, which is as misnamed as the Department of Justice".