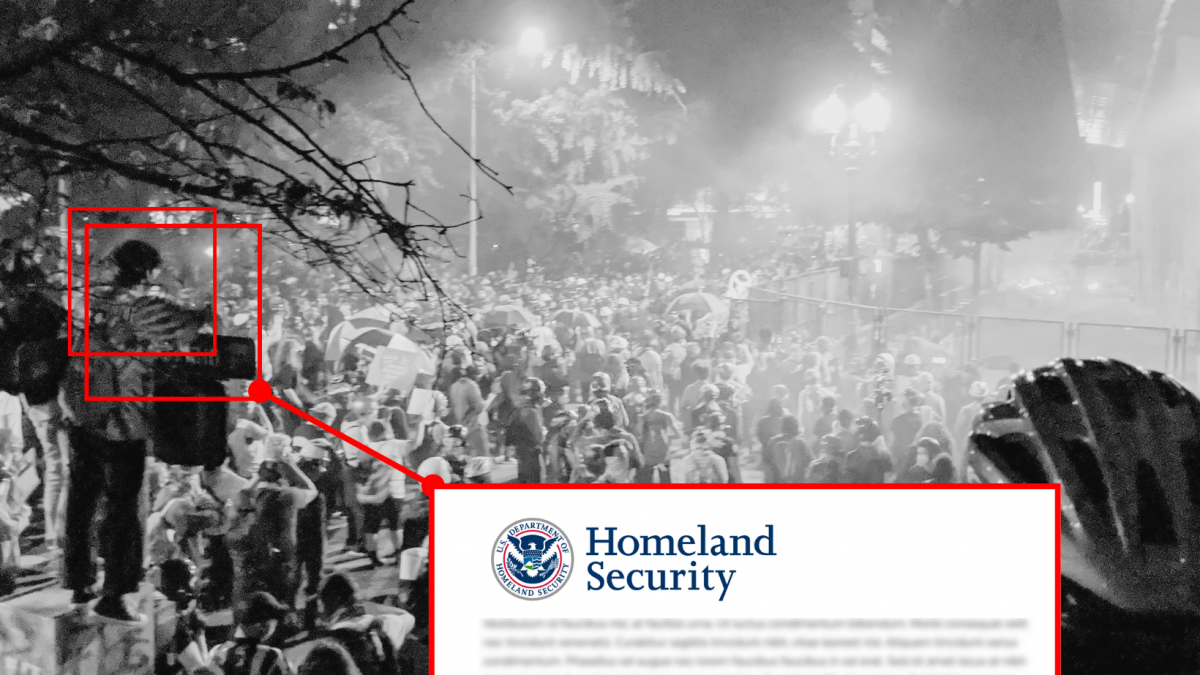 Yet again, intelligence agencies have stepped outside of the law to conduct politically-motivated surveillance of protesters. This time, DHS was the culprit. According to an internal DHS report, agents assigned to Portland during 2020 Black Lives Matter protests drew up dossiers on the hundreds of people arrested while protesting, rather than focusing on actual threats to homeland security. This represents a clear incursion into constitutionally-protected rights of free speech and association, all justified by a paranoid conspiracy theory that puppet master Antifa coordinated the protest from behind the scenes.

Within the bounds of the law, DHS can collect intelligence on people of interest if evidence exists that the person poses a threat, or if the person is accused of committing an act that threatens homeland security. DHS typically redacts names and personally identifiable information unless a clear security rationale exists for not doing so.

Yet in Portland, DHS flouted these rules. Rather than focusing on people who actually pose a threat to homeland security, DHS compiled dossiers on protesters who had been arrested for any offense, leaving personally identifiable information intact. Thirteen dossiers were created for people that had been arrested for civil disobedience-related crimes, including trespassing and failure to comply with police orders. Another dossier was prepared on a journalist arrested for flying a drone, perhaps in the course of news gathering. Dossiers were also compiled for arrested protesters in cases where no reasons were listed for the arrest. Without a stated reason for the arrest, DHS could make no determination whether collecting that person’s data would fulfill an organizational objective, clearly violating DHS policy. The internal report criticizes DHS for conducting intrusive data collection on people arrested for “trivial criminal infractions having little to no connection to domestic terrorism.”

The First Amendment protects freedom of speech and association. The information DHS gathered intruded on both. The dossiers included “derogatory information” culled from DHS/intelligence community records, travel history, immigration status, and criminal history. DHS also used a social media aggregation tool to collect constitutionally-protected posts and information about protesters’ friends and family. DHS officials conducted general, overbroad searches for key terms, isolating posts out of context. As a former DHS content manager described it, DHS intelligence analysts were like a “bunch of 6th graders chasing a soccer ball – everyone wanted to be the collector who…found the threat.” DHS agents perused protesters’ social media with a fine-toothed comb, warping First Amendment-protected speech into the basis for derogatory dossiers, which were then entered into an intelligence registry intended for suspected terrorists.

In a rare insight into the psychology motivating surveillance of protesters, the report details the obsession of Acting Under Secretary of Intelligence and Analysis Brian Murphy with concocting connections between protesters and Antifa. Eschewing the DHS-approved term “violent opportunists,” Murphy instead directed leadership to report that the protesters were “Violent Antifa Anarchists Inspired” in the absence of disconfirming evidence. Even within DHS, officials expressed reservations about suggesting a degree of coordination between protesters based on nothing more than a hunch. Yet DHS invoked this conspiracy theory to justify gathering extensive data on arrested protesters.

The intelligence DHS collects is retained and promulgated throughout the intelligence community, potentially exposing protesters to increased scrutiny across the federal system. Linking protest-related arrests to terrorism can deter people from attending protests, as well as raise potential flags for additional surveillance by law enforcement and other federal agencies. This intrusive record collection represents an exertion of DHS’ intelligence powers beyond its institutional mandate into constitutionally-protected activity.

Civil disobedience shouldn’t come with a terrorism label, especially when the pretext is a politically-motivated conspiracy theory.