Does the FBI Spy on FOIA Requesters?

Break-In: 50 Years After The Event That Exposed COINTELPRO

Does the FBI Spy on FOIA Requesters? 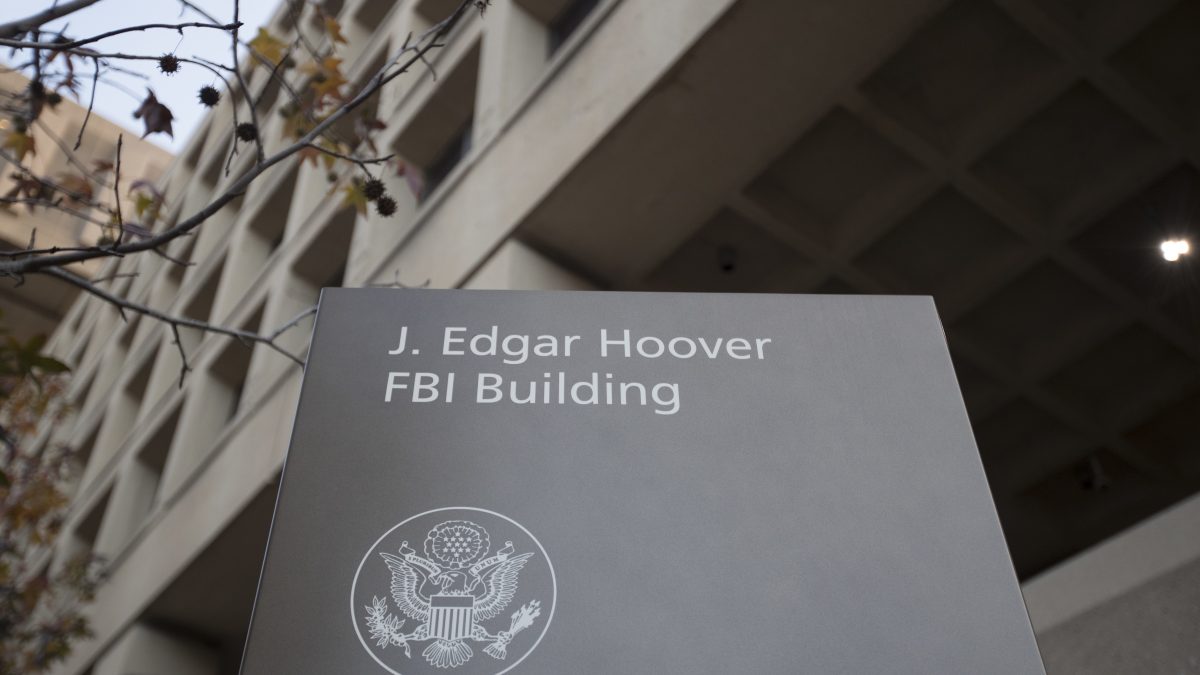 The 55-year-old Freedom of Information Act (FOIA) was authored by the late John Moss (D-CA) as an essential tool for citizens to wield to uncover what Executive branch officials were doing in their name. National Sunshine Week celebrates Moss’s achievement and promotes the use of FOIA. I doubt he ever imagined that an individual or organization using FOIA for its intended purpose would become a target for FBI surveillance. Yet a FOIA request I filed on behalf of the Cato Institute uncovered exactly that scenario.

Just after Thanksgiving 2019, I filed a FOIA with the FBI seeking any records the Bureau had on 76 civil society organizations. Among those was the National Security Archive, one of the oldest and most respected FOIA watchdog organizations in the country. The Archive files a multitude of FOIAs every year, publishing both the documents and their analysis of them on their website. They are, by definition, a public interest and government oversight nonprofit, and their prodigious use of FOIA is exactly the kind of citizen oversight model Moss undoubtedly had in mind when he got the first version of FOIA into law.

Eleven months after I filed my FOIA on the Archive, the FBI released 46 partially declassified documents on the organization while withholding two others in their entirety on “national security” grounds. The documents I did receive, despite being heavily or nearly completely redacted in many cases, were revelatory.

The Bureau’s interest in the Archive dates to at least September 14, 1989, as on that date then-FBI Director William Sessions sent a cable classified SECRET to the FBI’s Washington Field Office directing “that intelligence division obtain additional information regarding the National Security Archive from appropriate Freedom of Information and Privacy Act (FOIPA) components within FBI-HQ.” Sessions claimed that “the primary source of the organization’s tenacity in using FOIPA regulations” was attributable to the fact that “a former Department of Justice (DOJ) attorney and…a former Washington Post reporter” were on the Archive’s staff.

The former DOJ attorney in question was Quinlan J. Shea, who had joined the Archive and helped litigate the famous National Security Archive v Archivist of the United States case. The former Washington Post reporter was Scott Armstrong, a founder of the Archive and co-author (with Bob Woodward) of the book on the Supreme Court, The Brethren. Sessions’ comment conveyed the sense of threat he and FBI senior leadership clearly felt via the Archive and its work.

The remaining documents I received span the period from 1989 through at least August 2004 and indicate the FBI monitored the Archive’s activities throughout this period, such as its interest in and public events commemorating major Cold War milestones, including the Cuban Missile Crisis and related U.S.-Cuba interactions. The FBI monitoring also appears to have involved electronic and/or physical surveillance and possibly the use of “mail covers” by the Postal Service.

A heavily redacted July 31, 1990 FBI HQ memorandum previously classified SECRET notes near the end of the memo: “A copy of the above described envelopes is attached and made a part of this memorandum.” The attached material itself was withheld by the FBI, but the mention of envelopes, and the SECRET classification, almost certainly mean a “mail cover” of mail to or from the Archive was involved.

A February 21, 1996 memo from an unidentified FBI Language Specialist (abbreviated L.S. in the memo) to an unidentified series of Washington Field Office recipients passed along “Positive Intelligence” from “an extremely sensitive and reliable source of continuing value” that referenced the Archive in some fashion; the actual foreign language (almost certainly Spanish) language attachment was withheld by the FBI. The language of the document strongly suggests, based on the author’s review of hundreds of thousands of pages of FBI material spanning several decades, that the “extremely sensitive and reliable source” was a wiretap.

A heavily redacted previously SECRET September 11, 1997 Boston Field Office memo dealing with the Archive in some fashion had no less than 24 other field offices and FBI HQ on the distribution list.

A heavily redacted March 13, 2003 SECRET/ORCON/NOFORN investigative memo from the National Security Investigative Services to the Washington Field Office referenced also referenced a “CI-8” as an addressee; CI in FBI reports is shorthand for counterintelligence, in this case the CI-8 squad of the Washington Field Office. That same memo noted that the preliminary investigation had commenced March 29, 2002 and had been renewed three times up to the date of the memo.

I could go on, but you get the idea. Simply stated, the FBI should not have classified documents on an American nonprofit engaged in lawful, First Amendment protected activity.

If you’ve read this far and are already alarmed or angry about this FBI targeting of a U.S. civil society organization engaged in lawful, First Amendment protected activity in service of the public interest, the next little revelation I have for you should make your head explode.

The FBI “legally” lied to the Archive about its monitoring of the organization.

We know this because between November 2005 and April 2006, the Archive filed FOIAs with the FBI seeking any records it had on the organization. The time frame specified for the search by the Archive was January 1, 1984 to November 3, 2005 (Archive staff provided Cato with copies of the FOIA correspondence in question). In its January 13, 2006 response to the Archive, the FBI denied having any “main files in the Central Records System (CRS) at FBI Headquarters.” In April 2006, the Archive filed a FOIA appeal with the Department of Justice’s Office of Information Policy but, according to Archive staff, never received anything more than an acknowledgment of the receipt of the appeal.

Now before you jump to the conclusion that this might have simply been a sloppy job of searching by the Bureau, keep this critical fact in mind: anything investigation-related is catalogued with considerable thoroughness in the FBI’s CRS. There’s no question that the Sessions cable to the FBI Washington Field Office would’ve immediately popped up in any FOIA-related search by FBI personnel. The same for the other documents they subsequently gave to me. So what’s the explanation?

That particular provision of the law allows the FBI to withhold records without acknowledging their existence if doing so would disclose the fact that “the investigation or proceeding involves a possible violation of criminal law” or “Whenever a request is made which involves access to records maintained by the Federal Bureau of Investigation pertaining to foreign intelligence or counterintelligence, or international terrorism, and the existence of the records is classified information.” In other words, the law allows the FBI to lie to FOIA requesters.

The statute also states that such denials can be lawfully made “during only such time as that circumstance [i.e., the investigation] continues.” So once a case is closed, a subsequent FOIA request on a topic or organization should result in the release of the material.

When I alerted Archive staff to Cato’s findings, Archive Director of Public Policy and Open Government Affairs Lauren Harper summed it up nicely.

“Fifteen years ago, we gave the FBI our Sunshine Week Rosemary Award for worst performance in open government for knowingly conducting FOIA searches designed to fail – something it is still accused of doing. It’s long past-time for the bureau to put its energies into effectively responding to FOIA requesters instead of surveilling them.”

Neither the Archive or its staff have ever violated any federal law, so the FBI’s refusal to acknowledge in 2006 its targeting of the Archive and its staff is linked in part to at least three facts. The first is that as noted above, Archive founder Scott Armstrong was a former Washington Post reporter; FBI surveillance of reporters has been documented since at least the fall of 1908 (see the author’s American Big Brother timeline for details). Armstrong had sources across Washington, including inside DOJ as well.

Scott also hired the retired DOJ lawyer Quinlan J. Shea (now deceased) who played a key role in helping the American Library Association expose the FBI’s Library Awareness Program in 1987 and 1988. His insider knowledge of DOJ and FBI policies, practices, and data storage systems would definitely have been viewed as a threat by DOJ and FBI officials.

Finally, Archive staff travel to Cuba and interaction with Cuban government officials over preparations for the Cuban Missile Crisis events the Archive sponsored would have been viewed as a “counterintelligence” matter, even though nobody at the Archive had clearances, and thus direct access to any U.S. government classified information. If anything, that makes the FBI’s actions even more troubling for anyone working for a nonprofit with either a significant international presence or frequent events involving foreign nationals.

Lots of domestic U.S. groups engage with foreign counterparts in symposia, book events, cultural exchanges and the like. How many of those domestic organizations have been targeted as part of “foreign counterintelligence” investigations in a similar unlawful manner? These are questions Congress should answer by launching a “Church Committee 2.0” to investigate.