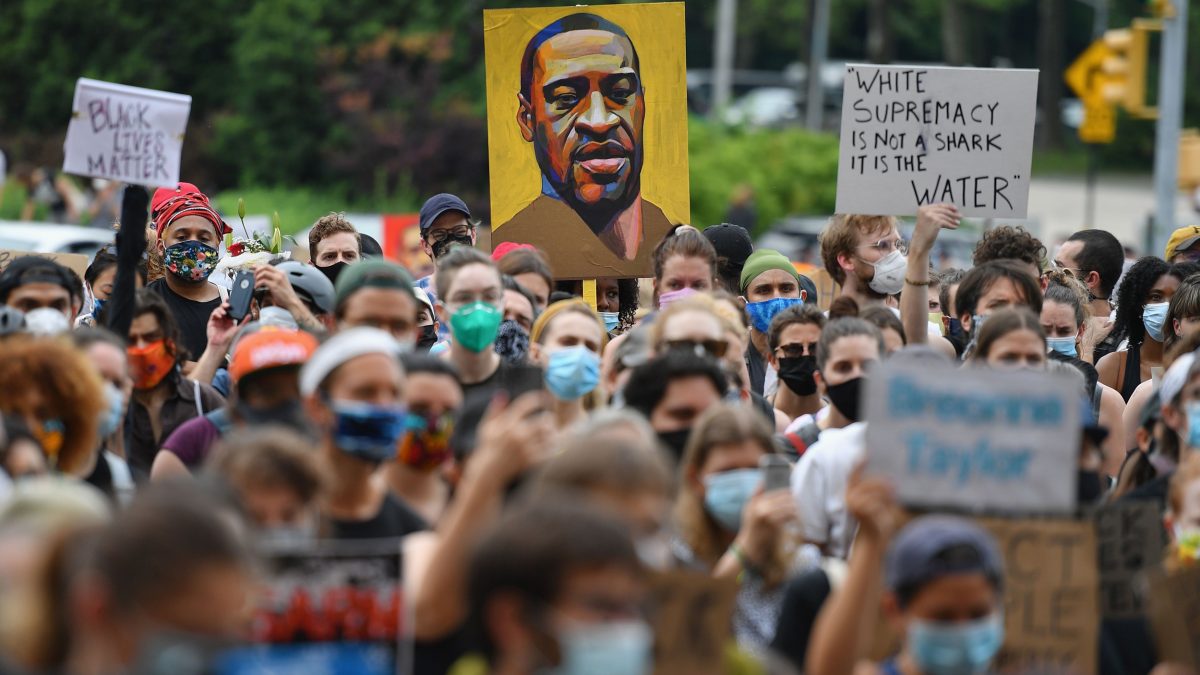 A protester holds up a portrait of George Floyd during a "Black Lives Matter" demonstration in front of the Brooklyn Library and Grand Army Plaza on June 5, 2020 in Brooklyn, New York.

In the one year since Americans took to the streets in historic numbers amid a global pandemic to stand up for Black lives in the wake of George Floyd’s murder, their persistent, loud and clear voices – and organizing efforts – were instrumental in obtaining a modicum of accountability for Floyd. And as a result of a collective repudiation of white supremacy and efforts to end the police terror of Black communities, we’re now facing an unprecedented backlash from right-wing politicians. State lawmakers around the country have introduced more than 100 punitive anti-protest bills since last summer and 81 in 2021 alone – that’s more than twice as many proposals as in any other year.

These laws, often backed by organizations affiliated with police unions, are an attempt to criminalize free speech, punish those who speak up for Black, Indigenous and People of Color (BIPOC) communities, and even offer specific protections for counter-protesters who harm us. Even the United Nations Office of the High Commissioner decried the laws for violating international human rights law and the US Constitution’s protection of the right to peaceful assembly, and the explicit targeting of Black Lives Matter protesters.

That’s why DRAD has joined scores of civil rights & civil liberties groups from across the country in a public letter condemning these laws and calling on the Department of Justice to sue states that have passed anti-protest legislation that disrupt American’s First Amendment right to protest racial injustice.

Eight states have already passed anti-protest laws this year. In Florida, Oklahoma, and Iowa, laws include deputizing vigilante violence by protecting drivers who injure protesters with their cars – reminiscent of state-sanctioned white mob violence of the post-Reconstruction era. A proposed bill in Indiana would ban anyone convicted of unlawful assembly from holding state employment, including elected office; and bills pending in Minnesota and Oregon would disqualify people convicted of protest-related crimes from enrolling in public assistance programs – including Supplemental Nutrition Assistance Program (SNAP) and unemployment benefits.

This is an assault on our constitutional rights, our communities, and human rights.

See the full letter below.