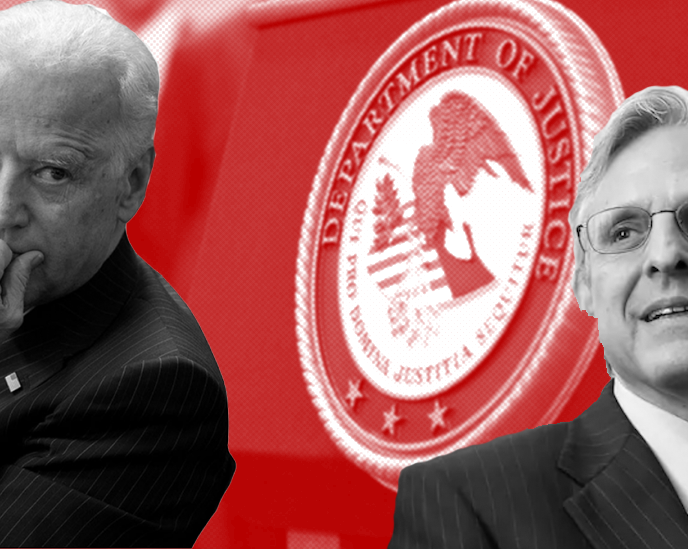 The Biden administration insists that the new National Strategy upholds civil liberties. Unfortunately, this is wishful thinking. The program relies on debunked tropes from the War on Terror that encourage profiling, surveillance, and political policing. Adoption of ideology, even reprehensible ideology, does not a terrorist make.

Here’s a guide to the new National Strategy and what we’re concerned about:

Biden proposes expanding information sharing. While this doesn’t sound menacing on its face, past increases in information sharing have eroded civil liberties. It also might not make us any safer. It’s unclear whether any benefits are overshadowed by heaps of mostly useless information.

After 9/11, U.S. police and intelligence agencies undertook a vast expansion of information sharing. The results should give us pause.

In 2012, the Senate Homeland Security Committee published a bipartisan report showing much of the intelligence generated by fusion centers is useless, illegal, or both. Secrecy compounds the problem. Sometimes, law enforcement participation in information sharing networks can preclude state and local police departments from overseeing their own officers.

Patrick Eddington points out that the Biden strategy says the government will facilitate information sharing between agencies “even if they do not always use the same labels to describe it.” Even if Biden’s federal agencies were bastions of civil liberties protections (if only!), this sentence appears to give state, local, and tribal law enforcement substantial discretion in assessing which views are “extremist” and worthy of investigation. Entering this information into a federal information sharing ecosystem is rife with potential for abuse and intrusion into First Amendment-protected activities.

Pillar 1 also includes an effort to identify and collect intelligence on transnational groups and foreign entities linked to domestic terrorism.

This part of the plan allocates money towards early-intervention initiatives. There are three components to the plan: funding community-based counterterrorism, funding law enforcement initiatives, and, apparently, limiting access to “recruitment materials” online.

Unfortunately, ‘community-based’ does not mean ‘good for civil liberties.’ One component of Pillar 2 is the CP3 program, which is a superficial rebrand of the fundamentally flawed countering violent extremism (CVE) framework. (Weirdly, the National Strategy alludes to the CP3 program but does not name it.)  The premise is that if communities have enough resources, they can provide services while screening for potentially violent people. Intercepting violence before it occurs is a seductive idea. Too bad it doesn’t work. There are no reliable signifiers that someone is about to commit violence. CP3 implicitly acknowledges the privacy and civil liberties issues inherent in government administration of a pre-crime program. So, instead, the program outsources its profiling to community partners. CP3 assembles teachers, counselors, and other community members into untrained de facto threat assessment teams. Community partnerships and civil society do little to mitigate the harms done by the political, racial, and ethnic profiling these programs propagate.

When there is evidence that a crime is about to occur, DOJ, DHS, and law enforcement already have relevant authority to intervene. The Biden administration would do well to abandon the specious CP3/CVE programs and focus on investigations with a factual predicate that a crime is imminent.

What good additional funding to law enforcement will do, of ` course, depends on program execution and the priorities of the grantees. It’s worth reiterating the previously mentioned concern that the plan allows for varying interpretations of threat categories. Further, the National Strategy’s broad threat categories use facially neutral language that can enable bias and impede oversight. In a holdover from the Trump era, the National Strategy maintains categories of “racially or ethnically motivated violent extremists” and “anti-government or anti-authority sentiment.” The former category lumps white supremacists with Black Lives Matter, and the latter includes both antifa and right-wing militias. This both sides-ism can conceal administrations’ true priorities. Aside from administrative incoherency, these categories can make oversight and detection of bias more challenging.

Not only are the federal agencies’ categories incoherent, police departments don’t have to follow them. The Biden administration makes clear that its priorities lie in targeting white supremacists (or, in its tortured parlance, “RMVEs [Racially Motivated Violent Extremists] who promote the superiority of the white race”). But both federal agencies and state, local, and tribal law enforcement enjoy broad latitude to define who constitutes an extremist, doing little to address the problems of racial, religious, and political bias that have plagued other law enforcement and counterterror programs. The aforementioned increase in information sharing further magnifies bias across the federal system while swamping intelligence agencies with useless data.

This is a particularly worrying component of Biden’s National Strategy. We don’t yet have details about how, exactly, the Biden administration plans to square First Amendment rights with this seeming suggestion of internet censorship. Due to the First Amendment, the government cannot censor speech on the basis of content except in rare circumstances such as defamation, threats to commit a crime, and pornography. The Supreme Court has upheld protections for hate speech that does not include an imminent threat of criminal activity or “fighting words.” It’s hard to imagine how the Biden administration envisions creating a standard for what constitutes “recruitment materials” without either defining which groups are “extremist” or setting an unconstitutional content-based standard. It’s hard to imagine the Biden administration managing to make a supply-side dent in the availability of recruitment material if the government’s understanding of the drivers of domestic extremism relies so heavily on First Amendment protected rights rather than actual criminal activity.

While less constitutionally fraught, the Biden administration will have to tread very carefully in its digital literacy and educational programs. The FBI’s infamous Don’t Be a Puppet game relied on stereotypes and was so laughably tone deaf regarding its intended audience (middle schoolers) it could not have had any impact on reducing recruitment (and had no way to measure its impact at any rate).

Concerningly, the Biden Administration also joined the Christchurch Call to Action to Eliminate Terrorist and Violent Extremist Content Online, which commits the U.S. to “ensur[ing] effective enforcement of applicable laws that prohibit the production or dissemination of terrorist and violent extremist content.” Other nations who signed the Christchurch Call lack an equivalent of a First Amendment. The United States relies on a robust marketplace of ideas rather than legal proscriptions against certain types of speech. Reprehensible ideologies can be denounced in the court of public opinion without imposing censorship.

Pillar 3 treads much of the same ground as Pillars 1 and 2: it calls for enhanced information sharing, more law enforcement training, and increased integration of federal, state, and local intelligence and law enforcement agencies.

Extremely concerning, however, is the suggestion of expanding legislative authorities. Strategic Goal 3.2 is “Assess potential legislative reforms.” This includes examining “what new authorities might be necessary and appropriate.” We urge the Biden administration to decide against this measure. Rarely has the expansion of surveillance and investigatory powers marked a success in the fight against white supremacy. Far more often, erosion of civil liberties has allowed bias to metastasize through the justice system.

Pillar 3 also includes increased screening and background checks of government employees. It calls for increased resources towards training and screening of law enforcement and government employees at the state, local, and tribal levels. What Pillar 3 misses though, is any critical examination of how law enforcement and other government institutions themselves prop up and promote white supremacy.

Pillar 4 is a grab bag of projects ranging from gun control to economic development. These proposals are framed as addressing long term contributors to racism and bigotry. Evaluating any of these programs on their merits in reducing violence is beyond our purview. But the Biden administration is fundamentally correct that white supremacist violence requires solutions beyond the realm of counterterrorism, unfortunately, their analysis does not consider how US government policies and practices themselves drive white supremacy.

Although the Biden administration avoids any mention of government culpability for racism, in this section it proffers its most accurate assessment of the problem:

“Although the U.S. Government must do everything it can to address enduring challenges like racism and bigotry in America, the Federal Government alone cannot simply “solve” these challenges quickly or on its own.”

Exactly. The Biden administration would do well to be wary of short-term “solutions” that magnify biases, invade civil liberties, and ultimately do little to address white supremacist violence.