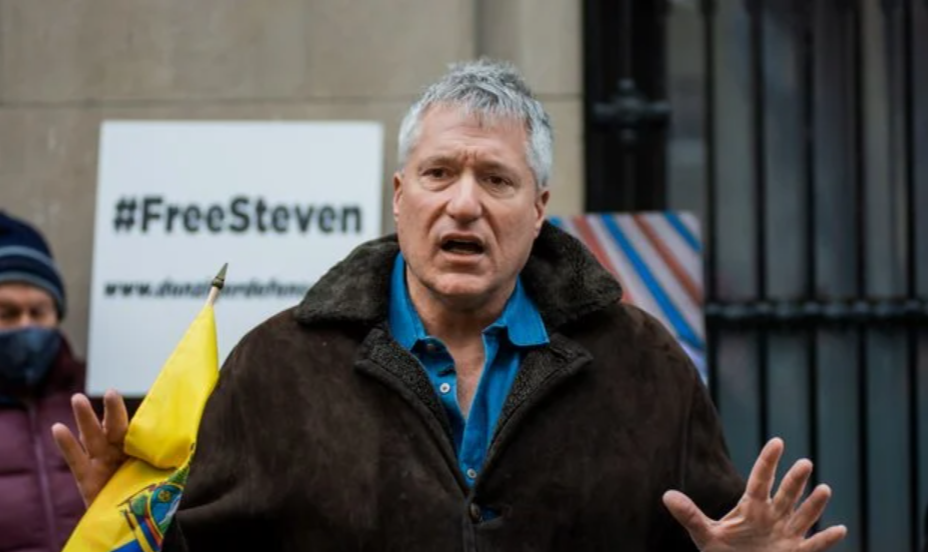 “We’re outraged that Steven Donzinger is in jail, and disgusted by the US judiciary’s complicity in Chevron’s campaign to destroy him,” said Sue Udry, executive director of Defending Rights & Dissent. “This case will have a deeply chilling effect on human rights lawyers who dare to challenge corporate abuses of people and the environment.”

Representing 30,000 Ecuadorian farmers and Amazonian indigenous people, Donzinger obtained a historic $49.5 billion judgement against Chevron for environmental contamination. Donzinger had originally sought to bring the suit in the United States, but Chevron, believing it could get a more favorable outcome, successfully argued for the case to be moved to Ecuador. After receiving an unfavorable ruling, Chevron alleged the Ecuadorian verdict was fraudulent and took steps to bar the judgement from being enforced in the US.

As part of a civil RICO trial, Chevron demanded and was granted sweeping access to Donzinger’s phone and computer. Donzinger appealed this ruling, arguing that it would give Chevron access to information protected by attorney-client privilege. Donzinger stated he would only turn over his phone and computer if the order was upheld on appeal. While appealing the decision, U.S. District Judge Lewis A. Kaplan brought six counts of criminal contempt against Donzinger. Donzinger had applied for bail pending appeal, but this reasonable request was denied.

While Donzinger has received the maximum sentence for contempt, this is just the latest episode in his detention. For over two years, while waiting for the outcome of the legal proceedings Donzinger was kept under house arrest. In 2020, Defending Rights & Dissent joined over 475 legal organizations and lawyers on an open letter of support for Mr. Donzinger. The letter urges an end to the unjustified pretrial house arrest of Donziger, noting that “such arbitrary detention sets a dangerous precedent for human rights attorneys in the United States and around the world.” Donziger has refused to turn over confidential client information and privileged data to Chevron.

Criminal contempt is a misdemeanor carrying a maximum of six months in prison.  Forcing someone to remain on house arrest for longer than any possible sentence is unusual, but Donzinger’s entire legal odyssey has been marred by irregularities:

When sentencing Donzinger District Judge Loretta Preska stated “only the proverbial two-by-four between the eyes will instill in him any respect for the law.” It is remarkable for Preska to express concern about respect for the law. The United Nations Working Group on Arbitrary Detention has found Donzinber’s detention to be illegal under international law,  that Donzinger was denied a fair trial, and demanded the US pay him compensation. Fifty-five Nobel laureates  have condemned this process. People all over the world view Donzinger’s prosecution as being a biased proceeding in which a powerful, private corporation was able to hijack the US legal system. Far from instilling respect for the law, Donzinger’s incarceration has brought the US legal system into disrepute on the world stage.

Defending Rights & Dissent, along with over 450 other legal organizations and lawyers submitted a letter to Judge Preska urging her “to sentence Mr. Donziger to time-served based on the length of his home detention and the unusual nature of a private prosecution where the charges were rejected by the U.S. Attorney Southern District of New York. We note that Mr. Donziger maintains his innocence and has a demonstrated commitment for almost three decades to the cause of human rights and to helping his Indigenous and campesino clients in Ecuador deal with on-going health and land issues as a result of oil contamination. The extraordinary length of his pretrial home detention (over two years) alone warrants leniency at this time.”