At Long Last, Have You No Sense of Decency? 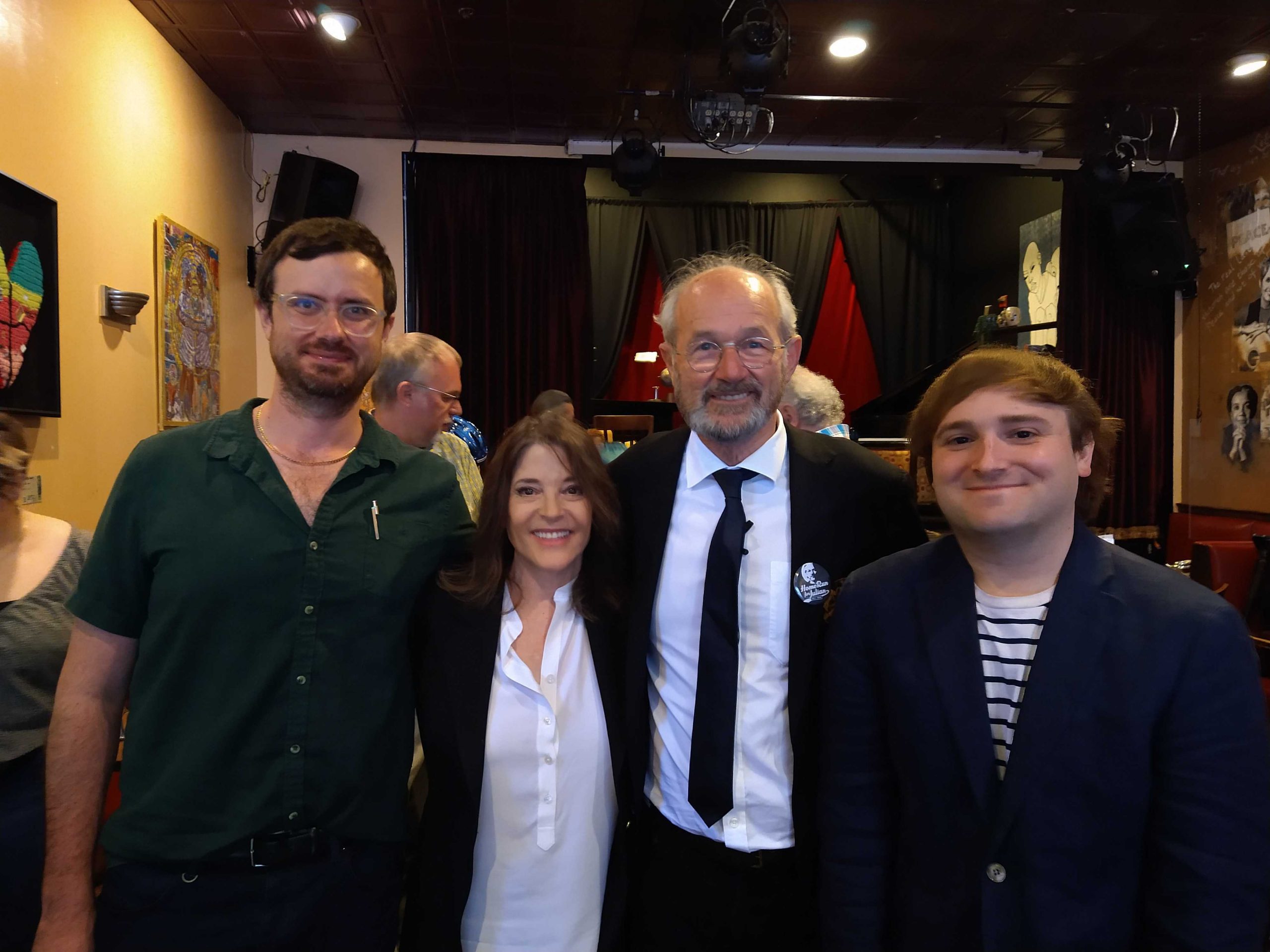 It’s fitting that an event in support of Julian Assange took place on the fiftieth anniversary of the publication of the Pentagon Papers. The court cases surrounding the publication of the Pentagon Papers once laid bare the lengths the government will go to prevent the public from knowing the full extent of the American national security state and war machine. Now, the fate of press freedom is once again at a crossroads. The Department of Justice’s prosecution of Julian Assange is an attack on the key premise of democracy: that the public has a right to know.

Assange’s father John Shipton and brother Gabriel Shipton plead for Assange to be released from prison, where he is currently being held as the US appeals a UK judge’s denial of an extradition request for the Australian publisher. Assange remains in legal purgatory while American requests for extradition move through U.K. courts. Assange faces charges under the Espionage Act. The decision to prosecute a journalist under a law designed for spies represents an unsavory escalation of the war on whistleblowers from journalists’ sources to the journalists themselves.

At Sunday’s event, Chip Gibbons highlighted the continuity between today’s prosecution of Assange, the attempted prosecution of Daniel Ellsberg, and World War I-era cases quashing anti-war dissent: “The use of the Espionage Act is completely related to the U.S. war machine, the national security state, and our role as an empire…There is a bright throughline between putting Eugene Debs in jail for saying ‘if war be right, let the people declare it’…and going after someone like Julian Assange who believes if lies can start wars, then peace can be started by truth.”

In recent years, the U.S. has increasingly wielded the Espionage Act as a cudgel against national security whistleblowers who worked with journalists to expose illegal surveillance, war crimes, and other abuses of power. Yet even as the Obama administration voraciously prosecuted whistleblowers, they knew that going after journalists reporting on whistleblowers’ disclosures would be a bridge too far. Obama’s DOJ concluded that if they prosecuted Assange, it would open the door to prosecuting the New York Times. Journalists have a mandate to bring truthful information to the public, especially when that information lays bare government lies. When the Trump administration decided to move forward with prosecution of Assange, the press community raised alarm bells.

At Sunday’s panel, Marianne Williamson laid bare the significance of the decision of Biden’s DOJ to move forward with prosecution. “The message is not just to Julian Assange,” she said.
“The message is to you, and me, and any journalist and any citizen who dares to ask ‘what [the government is] doing.”

Ryan Grimm made clear why Attorney General Merrick Garland’s promises to reporters mean little if Assange’s prosecution continues. “I’m hopeful that [the prosecution of Assange] creates such a strong contradiction that the weight of the hypocrisy, if it’s pushed enough by the press and by the public, could actually bring a bit of change,” Grimm commented.

Journalists are vital to democracy. Espionage Act cases against journalists and whistleblowers amount to the national security state taking potshots at democracy. James Madison understood that democracy relies on public access to information when he wrote freedom of the press into the Bill of Rights. He called the free press “the only effectual guardian of every other right.”

It’s long past time for the U.S. to stand by its promises. The U.S. needs to drop the charges against Assange immediately and end its war on the courageous whistleblowers, journalists, and activists who form the lifeblood of democracy.

Julian Assange’s family is touring U.S. cities advocating for his release throughout June. Details about the tour can be found at assangedefense.org.