Karen Knew What Was Going to Happen to George Floyd. We All Knew.

Did we really kill the PATRIOT Act last night?

Karen Knew What Was Going to Happen to George Floyd. We All Knew. 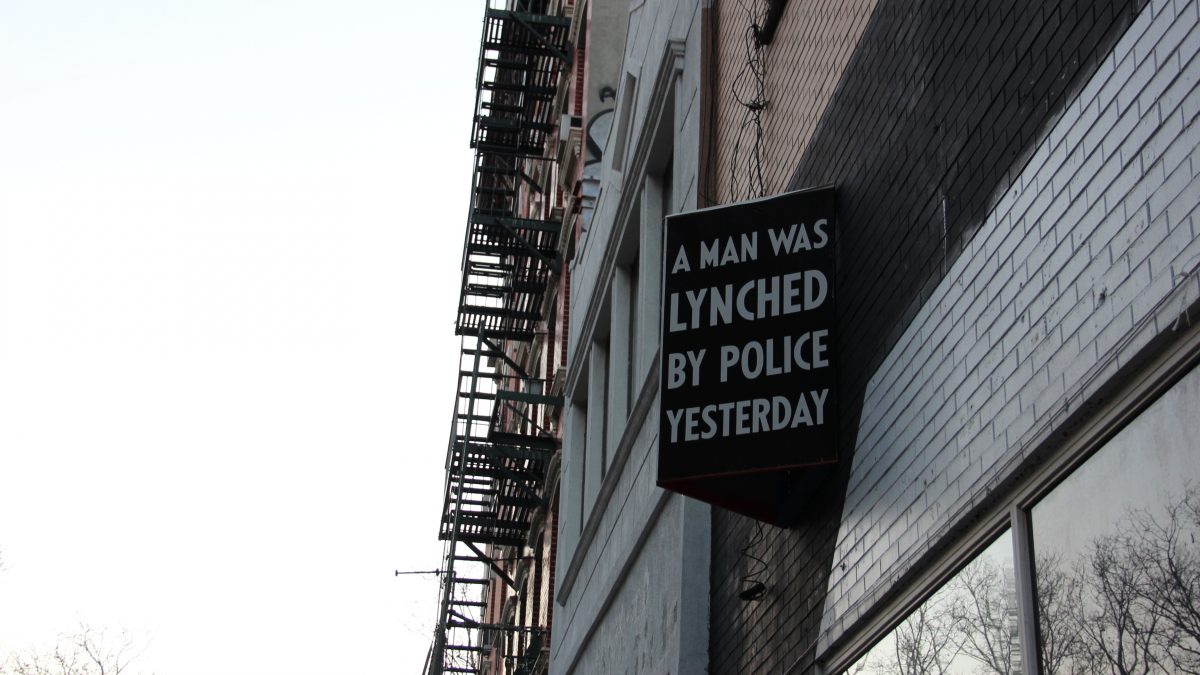 As we watch the streets of Minneapolis, Minnesota erupt in response to the heinous killing of George Floyd, I find that it’s hard for me to separate the direct historical connection of last week’s dominant news story – the so-called “Central Park Karen” incident in which a white woman threatened to call the police and make a false statement about a Black man who asked her to leash her dog – and the modern-day public lynching we witnessed in Minneapolis this week.

In 1955, Carolyn Bryant, a white woman from Mississippi, falsely accused a 14-year old Emmett Till, a Black boy from Chicago, of groping her sexually and looking at her menacingly. As a result, two white men marched to the boy’s aunt’s home where he was staying and snatched him from it, threatening the family’s life should they say anything about what was happening.

The two men then proceeded to beat the boy brutally in a local barn – loud enough for plenty of witnesses to hear his cries – before tying him to a fan from a cotton gin, driving him to a nearby river, shooting him to death, and tossing his lifeless, 14-year old body in the water.

The men were acquitted of murder by an all-white, all-male jury. Both the killers and Carolyn Bryant confessed in later years to their complicity in the heinous act. No one ever did a day in prison for the murder.

Thus, follows in the long narrative of American history of Black people being subjected to a different, more violent, inhumane, hateful, and retributive form of street justice, reserved just for us. While Emmett Till’s killers were not police officers, per se, in the time since his death, incidents like his murder have simply become cloaked in a veil of cognitive dissonance. Replace Roy Bryant & J. W. Milam (the men who killed Emmett Till) with local law enforcement and the outcome remains the same. As does the expectation of some people when they call law enforcement on Black people.

On May 25, 2020, Minneapolis Police were called to a local deli regarding a possible “forgery in progress.” It was there that officer Derek Chauvin, occasionally looking directly at the camera streaming his actions to the world via Facebook Live, drove his knee into the back of the neck of the “suspect,” George Floyd for 7 minutes. For 7 minutes, George Floyd lay pinned to the pavement, so hard his nose was visibly bleeding. For 7 minutes, George Floyd – a grown man with two children of his own – cried out for his mother, who had been dead for years. For 7 minutes, George Floyd begged the man directly above him to have mercy on him, to spare his life, imploring the emotionless officer that he simply could not breathe. For 7 minutes, the crowd of onlookers pleaded with Officer Chauvin to let up, to take his knee out of the man’s neck – even after George Floyd stopped moving, Officer Chauvin refused to remove his knee, seemingly wanting to confirm beyond any doubt that the deed was done. And it was. For an alleged fake $20 bill, George Floyd was sentenced to death and publicly executed by the very police department he pays for.

On November 22, 2014, Tamir Rice, a 12-year old Black boy, was shot in Cleveland, Ohio by Officer Timothy Loehmann within 2-seconds of arriving on the scene. On July 17, 2014, Eric Garner died in Staten Island after NYPD Officer Daniel Pantaleo strangled him in broad daylight. On July 5, 2016, Alton Sterling, a 37-year-old Black man, was shot dead at close range by two white Baton Rouge Police Department officers. On July 6, 2016, Philando Castile, a 32-year-old Black man, was pulled over for a traffic stop and then shot at close range five times, with two hits piercing his heart. On March 13, 2020, Breonna Taylor, a 26-year-old Black woman and emergency medical technician, was shot eight times to death by Louisville Metro Police Department officers in her own apartment.

The point: This isn’t new to us.

When Americans have collectively been inundated with stories about how police encounters – particularly involving Black men – can often turn deadly, you lose the claim of innocence when you call the police on Black men that you’re uncomfortable with in moments that you otherwise would not involve law enforcement in. Americans cannot truthfully claim we are oblivious to the context of these moments: when we call the police on Black men, we are well aware of the possibility that we are inviting the chance of police violence. It certainly should force a conversation about where, then, the bar is for involving law enforcement knowing this context, but it absolutely damns the more “innocent” incidents when a white woman calls the police on a Black man for merely existing in the same space as she. If we should be judicious about calling the cops on Black men in general knowing what can happen when they get involved, imagine the depravity of someone who – knowing the full context – still calls the police on a Black man, even if just to conjure up the fear of what could happen.

The police are taxpayer-funded institutions of local communities – the whole community. They are not supposed to be part-time hitmen for the white community who fears the myth of the dangerous Black man. The protests we are witnessing in response – not just to George Floyd’s death, but to a system that makes his death so tragically commonplace in the land of the free – is not only a natural rejection of the perpetual inequality these communities are confronting, but a cry for justice in the most explicit, uncompromising way possible from communities who are simply sick and tired of being policed to death.

It's Right to Know Day, an international day celebrating the right to government transparency and records.