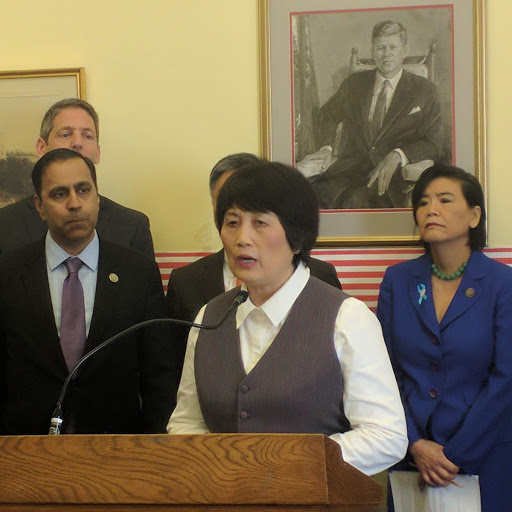 Sherry Chen, a scientist at the National Weather Service was arrested in October 2014 after an illegal and discriminatory internal investigation (read more here). She was wrongly charged with espionage and faced 25 years in prison and a fine of $1 million. Last week, Chen announced a settlement with the government of almost $2 million. A stark turn of fortune for Chen. But it took too long to get there.

Chen’s case began during the Obama administration, so it pre-dated the Trump-era “China Initiative.” But that’s a distinction without a difference. The China Initiative was a DOJ program to target Chinese economic espionage, but it was disproportionately deployed against Chinese American academics for what amounted to inaccurate paperwork.  Chen’s prosecution closely mirrors cases brought under the China Initiative and fits a long pattern of the FBI and DOJ prosecuting Chinese American academics and scientists for economic espionage based on the thinnest thread of suspicion, or on total lack of understanding of the scientific work being undertaken.

The DOJ dropped their case against Chen, and dismissed all charges. But that wasn’t enough for the Dept. of Commerce (where the National Weather Service is housed). They fired her anyway. She’s been fighting for years to get her job back.

Here’s what Chen said when she announced the settlement:

Today’s settlement is not only a victory for me; it is also a victory for our community and for the rule of law. It makes clear that profiling and discrimination are unacceptable, and that rogue investigative units like ITMS have no place in a democratic society. The government cannot escape the consequences for these wrongs. It will be held to account.

Of course, no amount of money can ever fully repair the injustices I’ve experienced. But today’s settlement is a critically important step toward achieving justice for myself and for so many Chinese Americans who have been subjected to unjustified government scrutiny.

In April, DRAD joined the APA Justice Task Force calling on Commerce Secretary Gina Raimondo to apologize to Chen and adopt changes to prevent profiling under the guise of “insider threat” investigations, and to strengthen whistleblower protections.

This settlement does not include an apology, or a promise of other policy changes. However, the Commerce Dept. has agreed to meet with Chen so she can discuss the need for crucial reforms in the agency.

Although the Biden Administration ended the China Initiative, it has not dropped charges against scientists and academics targeted by the initiative, and has even filed appeals on cases where judges have dismissed the charges. Read more about many of the lingering China Initiative cases here.