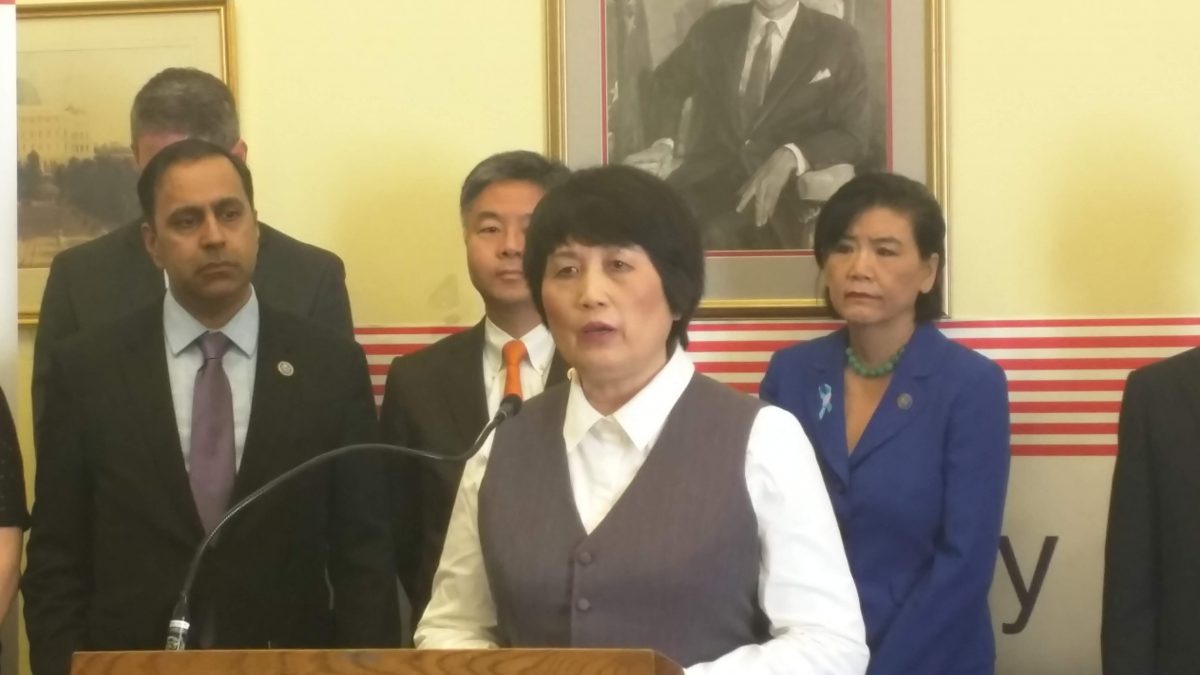 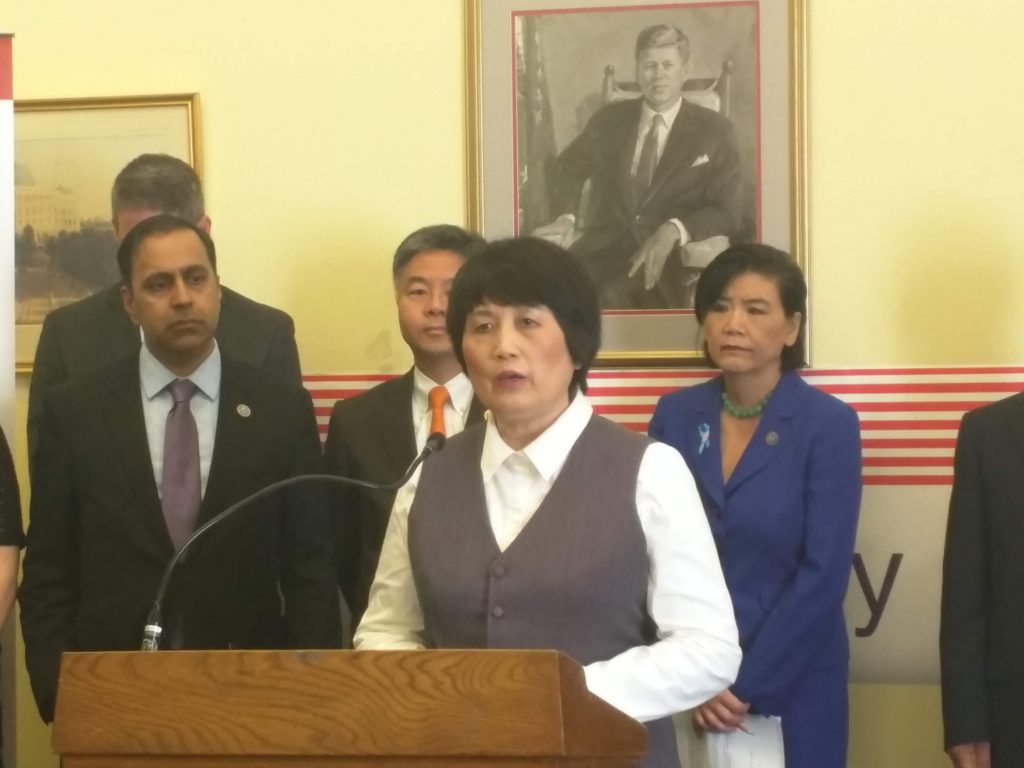 As President Biden prepared to sign the COVID-19 Hate Crimes Act on May 20, he no doubt captured the feelings of many Asian Americans when he said:

“We heard how too many Asian Americans have been waking up each morning this past year genuinely — genuinely — fearing for their safety just opening the door and walking down the street, and safety for their loved ones.  The moms and dads who, when they let their kids out the door to go to school, were worried.”

For his part, Attorney General Merrick Garland said “The Department of Justice is proud to play a central role in implementing this legislation. Investigating and prosecuting hate crimes is a top priority, deeply rooted in the department’s founding. We will use the new law to enhance the aggressive measures we are taking to combat crime motivated by bigotry and discrimination.”

What President Biden, the Attorney General, and key Asian American House and Senate sponsors of the legislation did not say was even more significant: there was not one word of criticism, much less a commitment to end, the U.S. government-wide targeting of Chinese American scientists and researchers under the Justice Department-led “China Initiative”.

Launched on November 1, 2018 by then-Attorney General Jeff Sessions, the program was ostensibly created to combat the alleged “deliberate, systematic, and calculated threats posed, in particular, by the communist regime in China, which is notorious around the world for intellectual property theft.”

While the Trump Justice Department spent the last two years of his term touting convictions or plea deals involving either Chinese nationals or Chinese American researchers as part of the “China Initiative”, civil liberties and groups representing Chinese Americans pointed out earlier this year that “many of the investigations and prosecutions … are not based upon evidence of economic espionage and do not target individuals acting at the direction of or on behalf of the PRC government or Chinese Communist Party” and that “these investigations target individuals with any ‘nexus to China,’ which often is merely ancestral, leading to profiling by race, ethnicity, and national origin…”

Just this month, an FBI agent admitted on the stand in a federal court in Tennessee of manufacturing evidence of espionage against former University of Tennessee, Knoxville, professor Anming Hu.

The claims of the groups have been further validated by research conducted by my Cato colleague Alex Nowrasteh. In his ground-breaking work, Nowrasteh found that of the 192 ethnic Chinese spies prosecuted between 1990 and 2019, exactly five were Chinese Americans—meaning that the remaining “97.4 percent of ethnic Chinese spies were not born in the United States.” It’s some of the strongest evidence to date that the Justice Department’s obsession with targeting Chinese Americans as potential agents of the Chinese intelligence services isn’t simply misguided—it’s overtly racist.

More evidence of the bias comes in the form of a lack of public evidence that DOJ is targeting American researchers who are sought after by other nations with academic and research incentive programs comparable to China’s.

The U.K., Canada, and Germany all launched such “talent programs” nearly 18 months before DOJ started the “China Initiative” but, to the author’s knowledge, no researchers involved in those programs—which definitely involve the exchange of economically useful scientific knowledge—have been targeted by the Justice Department.

The reality is that Federal intelligence and law enforcement agencies have a history of targeting Chinese Americans as alleged national security threats.

The most infamous case involves former Department of Energy scientist Wen Ho Lee—falsely accused of being a Chinese government spy and incarcerated for nine months in solitary confinement prior to his trial. He ultimately pled guilty to mishandling classified information—it was not, in fact, classified—in order to end his ordeal.

In 2014, National Weather Service hydrologist Sherry Chen was falsely accused of accessing allegedly sensitive Army Corps of Engineers data on dam construction, capacity, and management. She was terminated by the Department of Commerce in 2016, and subsequently filed a Merit Systems Protection Board (MSPB) action alleging improper termination and retaliation. On April 23, 2018 MPSB Chief Administrative Judge Michele Szary Schroeder released a 135-page ruling declaring Chen’s termination improper. The Trump-led Commerce Department appealed the decision, which is still pending before the MSPB.

In May 2015, Temple University physics department chairman Xiaoxing Xi was wrongly accused by the Justice Department of economic espionage on behalf of China. The FBI and DoJ personnel involved in the case totally misinterpreted the kind of project Professor Xi was engaged in; it was an example of government incompetence, bungling and bias in one terrible package. The charges against Xi were dismissed in September 2015, but he has never been reinstated as physics department chairman at Temple.

These and multiple other incidents of the wrongful targeting of Chinese Americans should’ve prompted Congress to investigate the Justice Department and FBI approach to counterintelligence and intellectual property theft investigations with an alleged nexus to China. They have not.

Instead, in the Fiscal Year 2020 National Defense Authorization Act (Public Law 116-92), Congress included a provision (Section 5712) that charged the Director of National Intelligence to conduct “a review of how the policies, procedures, and practices of the intelligence community that govern the intelligence activities and operations targeting the People’s Republic of China affect policies, procedures, and practices relating to the privacy and civil liberties of Americans of Chinese descent who may be targets of espionage and influence operations by China…”

That report is more than a year overdue. Moreover, a Cato Institute Freedom of Information Act (FOIA) request to the Office of the Director of National Intelligence (ODNI) regarding the “China Initiative” that encompasses that report was denied May 17. Cato has appealed.

As the above cases and so many others documented by APA Justice demonstrate, what Chinese Americans working in the federal government and academia need most is protection from their own government—specifically from racially biased prosecutions grounded in ignorance of the nature and complexities of scientific exchanges.

Chinese government espionage and intellectual property theft activities are well documented and clearly represent a threat, as acknowledged by the highly respected JASON group in a 2019 report. However, as the editorial board of the prestigious scientific journal Nature noted, that same JASON report emphasized “the importance of judging individuals on personal actions and not by profiling them based on the actions of the government and political institutions of their home country. Ultimately, this is what is so troubling about the China Initiative: it singles out scientists, effectively for conducting research while being Chinese. It is simply intolerable.”

Freedom of association is central to the very concept of our form of government. Scientific exchanges are absolutely essential to advance human progress on a range of issues. Targeting Chinese American researchers engaged in vital scientific and technological research simply because of their ancestry or ties to family or research activities in China is legally dubious and morally repellant. If the Biden administration is truly serious about stopping hate crimes against Asian Americans—and bogus DOJ prosecutions of Chinese American scientists and researchers are clearly hateful acts—a good place to start would be ending DOJ’s racist “China Initiative”.

Former CIA analyst and ex-House senior policy advisor Patrick G. Eddington is a Senior Fellow at the Cato Institute and a DRAD board member at large.