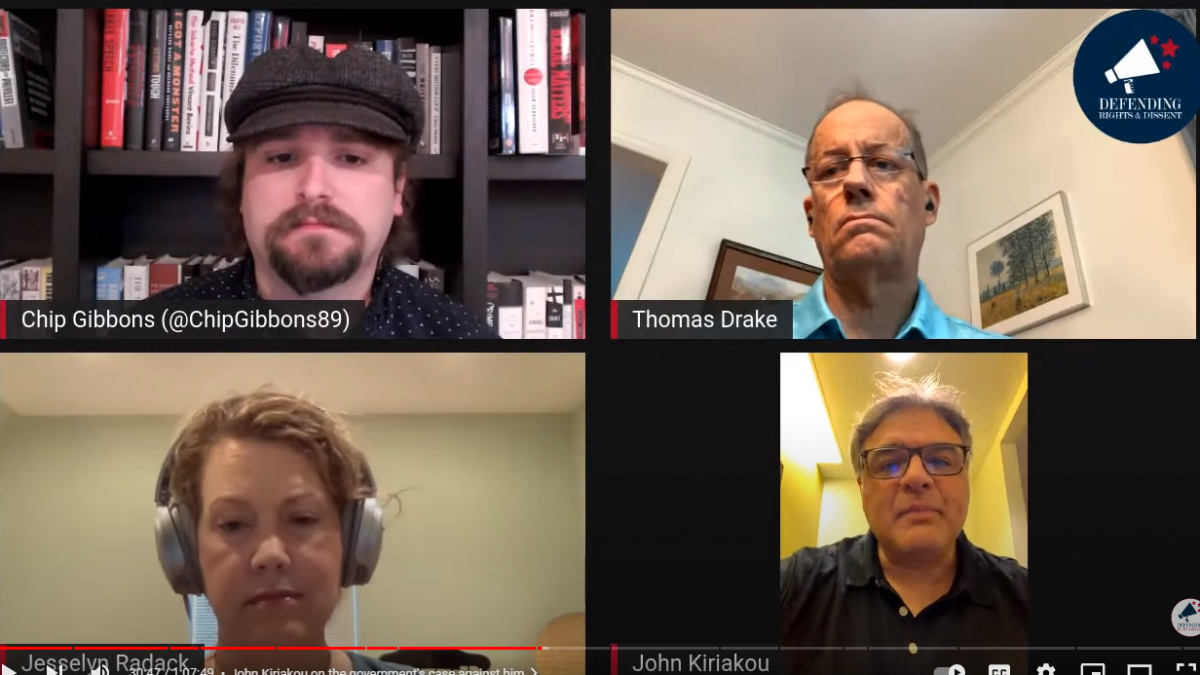 Since the Department of Justice unsealed a warrant showing the Espionage Act was one of the reasons for a search of Donald Trump’s home, the media has been awash with misinformation about the Espionage Act. Confounding matters further has been Trump’s own bombastic claims that he has been mistreated or subjected to a double standard.

The truth is a bit more nuanced.

We set the record straight. Defending Rights & Dissent presents a panel of individuals who have firsthand experience with the Espionage Act and how a typical defendant is treated.

Thomas Drake–Thomas is an Air Force Veteran and former Senior Executive at the National Security Agency. After attempting to go through internal channels with concerns about surveillance, waste, fraud, and abuse Thomas provided non-classified information to a Baltimore Sun reporter. In 2010 he became the first whistleblower in decades to be indicted under the Espionage Act. This was the signature prosecution in a soon to be wider war on whistleblowers and journalism itself.

John Kiriakou–John is a former CIA analyst and case officer, former senior investigator for the Senate Foreign Relations Committee, and former counterterrorism consultant. He is the author of the book The Reluctant Spy: My Secret Life in the CIA’s War on Terror. He was the first person to publicly confirm that the CIA was engaged in waterboarding. To this day, he remains the only person to go to prison in connection with the CIA torture program.

Jesselyn Radack–Jesselyn heads the Whistleblower and Source Protection Program (WHISPeR) at ExposeFacts. Her work focuses on the issues of secrecy, surveillance, torture and drones, where she has been at the forefront of challenging the government’s unprecedented war on whistleblowers. Her clients have included Edward Snowden, Thomas Drake, John Kiriakou, and Daniel Hale.

Chip Gibbons (Moderator)–Chip is policy director of Defending Rights & Dissent, where he has advised multiple congressional offices on reforming the Espionage Act. He covered the legal proceedings against Julian Assange and Daniel Hale as a correspondent for Jacobin. He is currently working on a book on the history of the FBI for Verso.