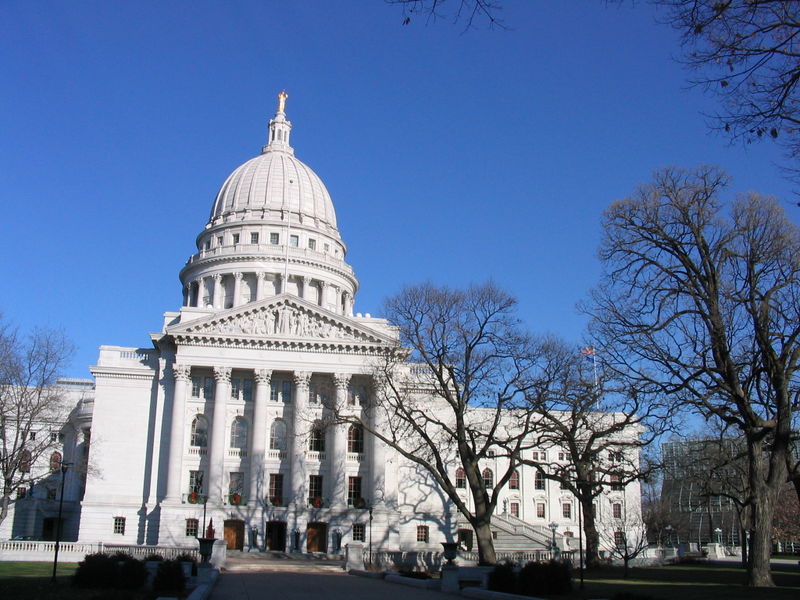 Thirty Wisconsin organizations sent a letter to Gov. Tony Evers today, asking that he veto Senate Bill 296, a bill that passed in the Senate on January 25 and aims to deter people from participating in the constitutionally protected right to protest. DRAD encourages their supporters in Wisconsin to send an emai to Gov. Evers urging him to veto the bill:

While the bill was purportedly created to stop so-called “riots,” the broad and ambiguous language used in the legislation could criminalize various aspects of lawful assembly and threaten punishment of innocent protesters who are not involved in and may not even be aware of any illegal activity during a demonstration.

This bill imposes guilt by association by punishing a person who merely “participates” in a protest at which another person engages in or threatens violence or property damage or “substantially obstructs” a governmental function. Any protester who attends such a so-called “riot” can be jailed and fined for a Class A misdemeanor, even if they do not know that other protesters may have engaged in violent or obstructive behavior.

“Our First Amendment rights are strongest when people are empowered to participate in protests without fearing that they are jeopardizing their freedom to do so. Additionally, the broad power of arrest granted to police officers is extremely dangerous to not only the constitutionally protected right to protest but especially in situations in which police brutality and overcriminalization is precisely what is being protested,” said Mia Noel, executive director of the Milwaukee Freedom Fund.

“People should be able to participate in and observe protests without fear that police will detain them. Given the unconstitutional policing we saw during the protests in Kenosha and across the country, passing legislation that enables law enforcement to police protesters even more aggressively could open the door for further misconduct at future demonstrations.  This bill would allow police to pick and choose who to arrest and to target protestors with whom they disagree,” said Melinda Brennan, executive director of the ACLU of Wisconsin.

“Politicians make laws, but people make change. And time and time again throughout history, progress and protest have proven inseparable from each other – you simply can’t talk about one without talking about the other,” said Elizabeth Ward, director of the Sierra Club Wisconsin chapter. “Protest is one of the most powerful and effective tools that Americans have to express themselves and alter the course of history, and that’s why we must work tirelessly to defend our right to demonstrate and counter any effort aimed at chilling dissent.”

“This proposed bill spreads a wide net that potentially captures participants exercising their constitutional rights to gather and protest,” said Paul DeMain, chair of the Honor The Earth Board of Directors. “The bill is an unnecessary overreach and should be vetoed.”