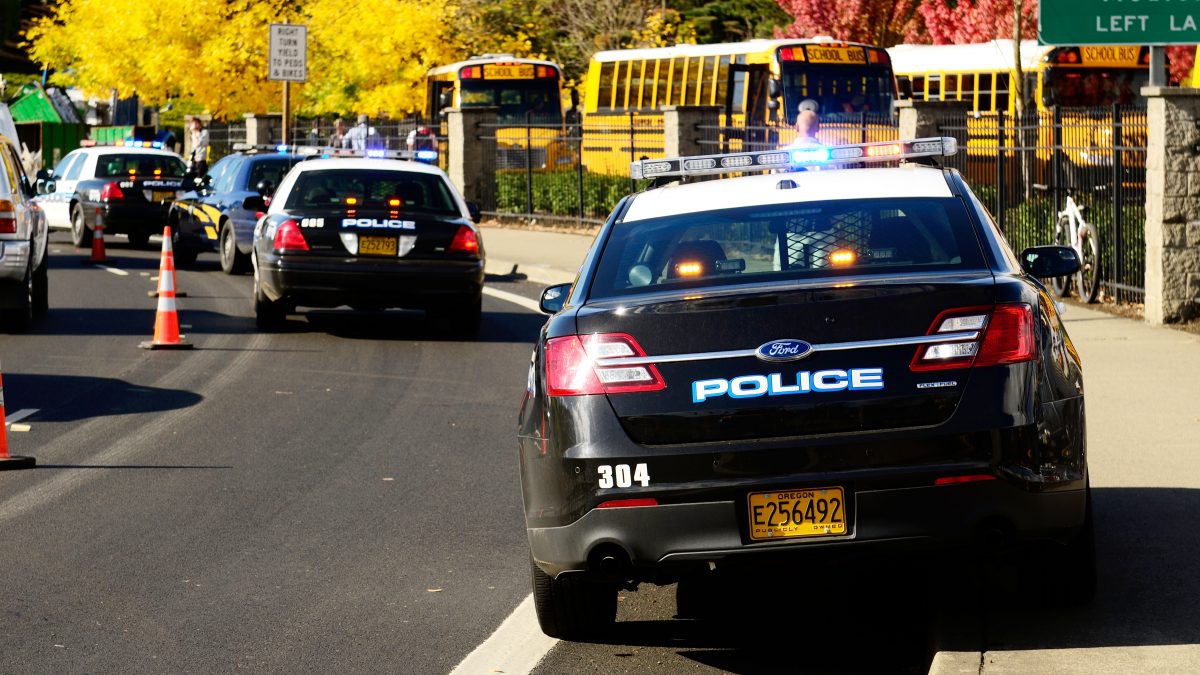 In the aftermath of Uvalde and other school shootings, the knee-jerk reaction has been to expand threat assessment. CP3’s TVTP grant program has recently allocated more funding for threat assessment conducted by universities and nonprofits in conjunction with law enforcement. And recently, as part of the Bipartisan Safer Communities Act, funding for STOP School Violence Act programming increased from $125 million to $300 million. But far from creating security and safety, threat assessment sharpens counseling and school services into weapons of white supremacy and ableism. Threat assessment is an increasingly popular tool in the violence prevention toolkit, but profiling students has troubling implications for civil rights and civil liberties.

Behavioral threat assessment teams bring together law enforcement and school administrators, counselors, and (in TVTP grants) members of nonprofits. The idea is to triage transient statements from actionable threats. But while threat assessment teams often claim to include law enforcement only as a backstop, they rely on smoking-gun-and-mushroom-cloud logic. They incentivize community members to view each other through the lens of propensity to commit violence, charging individuals in the community with the responsibility of preventing the next terrorist attack or school shooting. In these circumstances, there’s an incentive to involve law enforcement early and extensively.

Compounding the problem, threat assessment deliberately operates using a lower threshold for intervention, creating a fraught breeding ground for civil liberties violations. The threshold for threat assessment can sometimes be so low that sometimes no actual threat is involved, making the criteria for opening a threat assessment practically meaningless. The Secret Service, a leader in developing threat assessment models, recommends that threat assessment should draw on a diversity of evidence, ranging from a student’s relationship with their classmates to the content of their school assignments. Signifiers of mental illness or stressful life events take on an ominous tone through the lens of threat assessment; difficulties, dissent, and disability become harbingers of violence.

Threat assessment can too easily become a vehicle for racial profiling. Much of the policy infrastructure ungirding the white supremacist legal system disproportionately applies facially neutral policies, and threat assessment is no exception. Stereotypes inform who is likely to be perceived as threatening, or who is at risk for committing an act of targeted violence or terrorism. We see this play out in disproportionate rates of referral to threat assessment teams. Black students are referred for threat assessment at rates 1.3 times higher than for white students.

Threat assessment integrates profiling into its very design. Much like its big brother, suspicious activity reporting (SAR), threat assessment crowd sources intelligence gathering. Everyday community members are encouraged to scrutinize each other for signs of radicalization and violence – never mind that radicalization theory doesn’t hold water. Data surrounding suspicious activity reporting suggests that crowd-sourced rumors regarding Muslim and Middle Eastern people are likely to be categorized as terrorism, while reports of actions committed by white people – including of explosives-related crimes – were more likely to be categorized as ordinary criminal activity . Much in the same way, bias informs who is likely to be seen as a school shooter or terrorist, versus who’s seen as a kid acting out. Students and vulnerable community members are often referred on the basis of who fits stereotypes of a violent offender or terrorist, nevermind that these stereotypes draw on racial and religious prejudice, as well as faulty conventional wisdom.

Once selected for threat assessment, the degree of threat is evaluated in a way that amplifies existing bias. Problematically, some threat assessment models evaluate the severity of the threat by taking into account prior disciplinary incidents, records from outside social service agencies, and previous encounters with law enforcement, creating a spiral that disproportionately traps students of color in a series of escalating encounters with authorities. Further, threat assessment treats strategies of  coping with white supremacy as indicators of mobilization to violence. A much-cited threat assessment model asks adults in a student’s life to evaluate if the student “has a grievance or feels treated unfairly” or “feels abused, harassed, or bullied.” Both of these factors might be symptoms of living in a system that is unfair, and that creates the conditions for bullying based on difference. Threat assessment trivializes these complaints, interpreting systemic problems as personal grievances, encouraging the interpretation of expression and dissent through the lens of propensity to commit violence.

Despite mixed evidence linking mental illness to violence, threat assessment relies on ableist tropes. Anyone who seems “off,” or whose interests are seen as abnormal, can fall under scrutiny, de facto suspension, and increased contact with law enforcement. A case study evaluating different threat assessment models identified an autistic college student making a film about a mass shooter as a moderate risk for committing violence. The evidence? Reading books including The Handbook for Campus Threat Assessment & Management – the same book I read doing research for this article.

The harms to disabled students aren’t theoretical. Oregon Live covered the story of an autistic teen who endured months of investigation after being profiled as a potential school shooter. The student never made a threat. The concern surrounded an anonymous report made by a fellow student sharing second-hand information that the student went by the nickname “Shooter.” The rumor wasn’t true; the student had never gone by that nickname. Seeming a little off and wearing a trench coat were enough to land the student under the microscope for months. Through the lens of threat assessment, autism was read as threatening – even though a specific threat was never made.

Threat assessment and the school-to-prison pipeline

As lawmakers scramble for solutions to school violence and terrorism, there’s a need to evaluate the downsides of proliferating policing and profiling into more aspects of everyday life. There’s a real danger to viewing communities through the lens of likelihood to commit violence. Threat assessment draws on racialized stereotypes, profiles disabled people, and escalates community issues into matters of law enforcement. It reinforces white supremacy, and replicates the CVE logic of preventing violence by constructing suspect communities. Call threat assessment what it is: speculation and profiling.