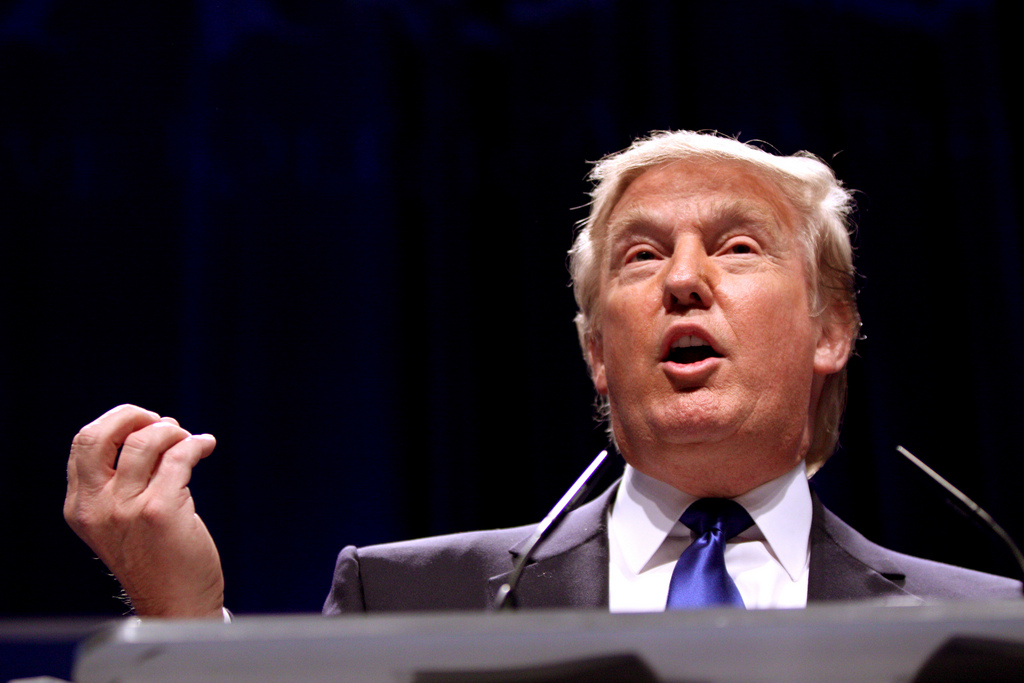 People across the nation are angry. They are horrified by the police muder of George Floyd. They are outraged that Floyd’s murder is sadly just the latest in a long line of police murders of unarmed black people.

People angry at the sorry state of the world and looking to build a better one go out and protest. Yet, across the country when people gathered to protest police violence, they themselves were met with police violence.

Donald Trump has responded with a seemingly never ending stream of inflammatory tweets. On Monday, in a demagogic speech, he openly spoke of using the military on US soil against US citizens.

How does Mr. Trump justify his actions? He’s decided to claim that what the nation is is seeing is preplanned, carefully orchestrated, professionally managed protests and violence. The instigator? Antifa.

Antifa stands for Anti-Fascism. It is not an organization. It is not a group. It is a political ideology. However, as our Policy Director Chip Gibbons explained in Jacobin

When Donald Trump or right-wing commentators invoke Antifa, they are not referring to an actual existing political philosophy. They are invoking a far-right conspiracy theory. In the minds of some, antifa is not only a political organization; it is the hidden hand behind a whole litany of supposed bad acts.

In this sense, antifa occupies the role in the right-wing imagination as the Communist Party did in the middle of the twentieth century. While some on the Right associate antifa with anarchists, others frequently label them as communist or Marxist, highlighting continuity with Red Scares of the past. The Right doesn’t distinguish much between different left tendencies, viewing them all as a uniformed enemy.

Beyond drumming up Red Scares, right-wing fixation on antifa is the extension of another conspiracy theory: the myth of paid protesters and professional rioters. These claims were frequently parroted during both Occupy and Black Lives Matter protests, but they’ve now dramatically escalated with the president, key elected officials, and the less fringe parts of the right-wing media, all of which are now echoing this talking point and often overlap with antisemitic, George Soros-related conspiracy theories.

The FBI’s Washington Field Office “has no intelligence indicating Antifa involvement/presence” in the violence that occurred on May 31 during the D.C.-area protests over the murder of George Floyd, according to an internal FBI situation report obtained exclusively by The Nation. That same day, President Donald Trump announced on Twitter that he would designate “Antifa” a terrorist organization, even though the government has no existing authority to declare a domestic group a terrorist organization, and antifa is not an organized group. Following the president’s tweet, Attorney General William Barr said in a statement, “The violence instigated and carried out by Antifa and other similar groups in connection with the rioting is domestic terrorism and will be treated accordingly.”

The FBI report, however, states that “based on CHS [Confidential Human Source] canvassing, open source/social media partner engagement, and liaison, FBI WFO has no intelligence indicating Antifa involvement/presence.” The statement followed a list of violent acts like throwing bricks at police and the discovery of a backpack containing explosive materials, which were flagged by the FBI under a “Key Updates” section of the report. The FBI has been issuing such reports daily since the weekend, according to a Bureau source, who added that none of these documents contained any evidence of antifa violence.

Narratives about “outsider agitators” or “paid protesters” have long been used to discredit social movements. By claiming that social unrest is the work of a shadowy network of wrongdoers, Trump is able to ignore who’s really responsible–the police. And it also allows Trump to criminalize his domestic political opponents.

Trump over the weekend tweeted out that he would declare Antifa, which is an ideology, not a group, a terrorist organization. However, as we explained when Trump previously claimed he would do this, he can’t.