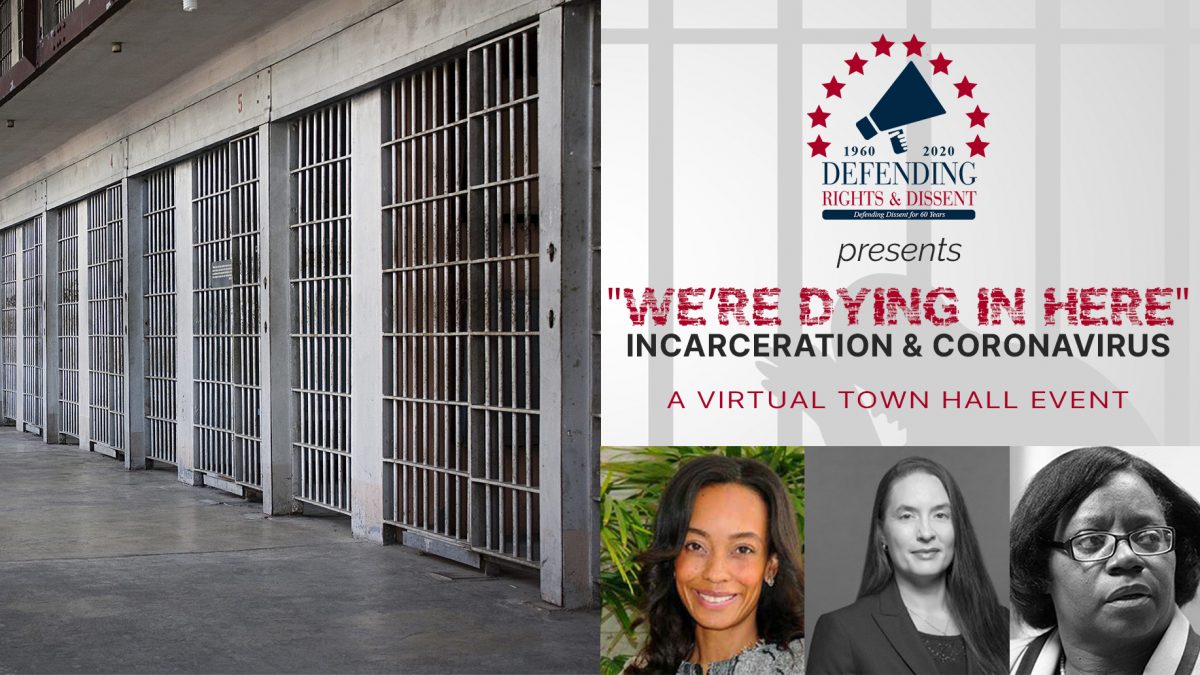 On May 5, Defending Rights & Dissent hosted an important virtual town hall meeting on incarceration during the coronavirus entitled “We’re Dying In Here: Incarceration & Coronavirus,” moderated by DRAD communications director Quentin Anthony Anderson and featured panelists such as Taryn Merkl of The Brennan Center for Justice, Alanah Odoms of the ACLU of Louisiana, and Rev. Alexis Anderson of the East Baton Rouge Parish Prison Reform Coalition.

The United States – like the rest of the world – is facing a deadly contagion, one that spreads extremely easily from person to person. One that thrives in densely populated environments. One that has pushed our healthcare systems to their capacity. And one that has infected and killed a disproportionate amount of black and brown bodies.

Prisons, jails, and detention facilities are – almost by definition – densely populated environments with often abysmal healthcare systems therein. And in the most incarcerated country on Earth, we don’t need to remind you that these facilities are overwhelmingly filled with black and brown people. That makes a crisis that has turned the world on the outside upside down even more dire on the inside. According to The Marshall Project, as of April 29, there have been 14,513 confirmed cases of inmates in prisons and jails across the country – and at least 217 deaths. In addition, there have been at least 4,000 confirmed cases of the personnel at these facilities. And by the New York Times’s count, jails and prisons make up 10 of the country’s 13 largest-known sources of novel coronavirus infections.

In a normal environment, efforts to end American mass incarceration were predicated on a moral imperative. But in the midst of what will likely be the deadliest pandemic in at least 100 years, decarceration is a public health imperative.

Throughout the country, advocates are now calling on these authorities to change their standard practices in response to the outbreak. For this town hall event, we were fortunate to be joined by an outstanding panel of some of those very advocates – experts and grassroots leaders who are each warriors in the fight for criminal justice reform and have been particularly outfront on the deadly nexus of incarceration and the coronavirus.