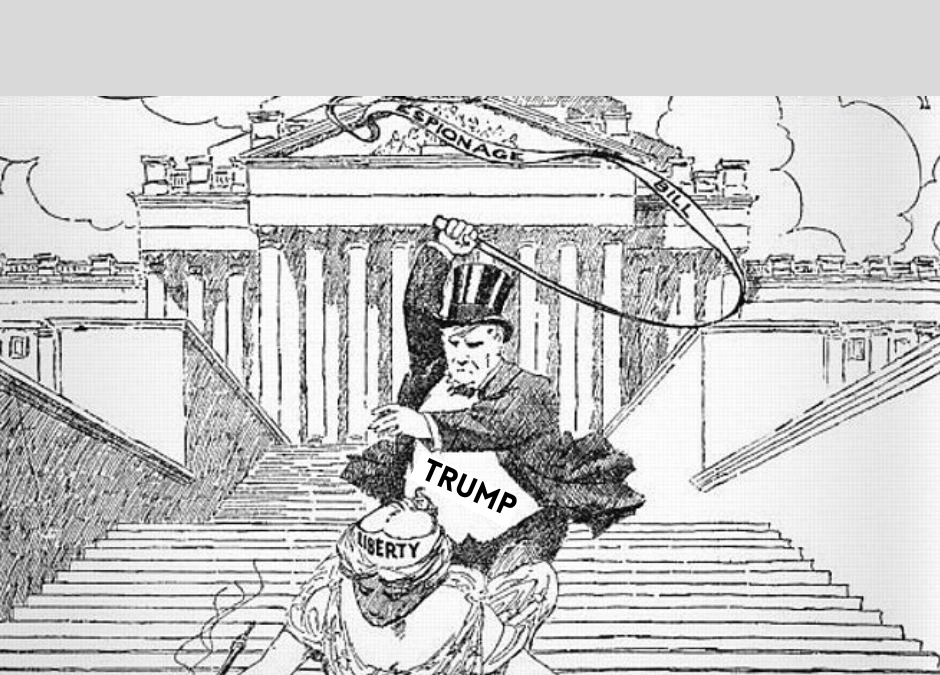 Even before the FBI carried out its search warrant of his Florida home for “national defense information or classified material” taken from the White House, the former president frequently boasted how his administration prosecuted national security leaks more aggressively than any other in history.  Along with increasing penalties for mishandling classified information during his one term as president, Trump’s DOJ blew past the number of Espionage Act cases brought against whistleblowers during Barack Obama’s eight years in office.

The most prominent cases during the Trump years include:

Congress originally enacted the law in 1917 to silence Americans who spoke out against the country’s involvement in the First World War.  But in the modern era, the Espionage Act acts more like a hammer to go after journalists and whistleblowers who expose abuses and reveal embarrassing secrets the government (and corporations) would rather keep hidden.  But whistleblowers play an essential role in keeping the public informed and safe.  In the past two decades, they helped expose the NSA’s mass surveillance of Americans, war crimes and torture, and widespread animal cruelty at industrial farms.

Despite conjuring images of James Bond and skullduggery, the Espionage Act isn’t really about spies and spying. It mostly covers the possession and storage of national defense information, and its archaic, ambiguous language is ripe for abuse by administrations targeting truthtellers who contradict official narratives.  In fact, the draconian law makes no distinction between insiders who share classified information with foreign governments and those who share it with the public to highlight abuses of government power.  It’s a massive deficiency and the law needs to be reformed.

Or repealed, as Sen. Rand Paul has suggested now that the Justice Department revealed Trump is under investigation for possibly violating the law. The Espionage Act should have been repealed decades ago.   But until it is, DRAD will continue to lead efforts to reform the Espionage Act to keep Americans safe and informed about what the government is really up to.