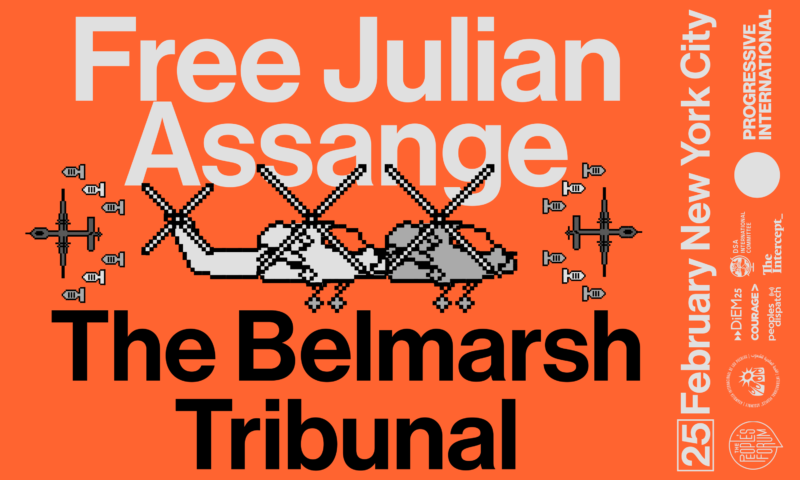 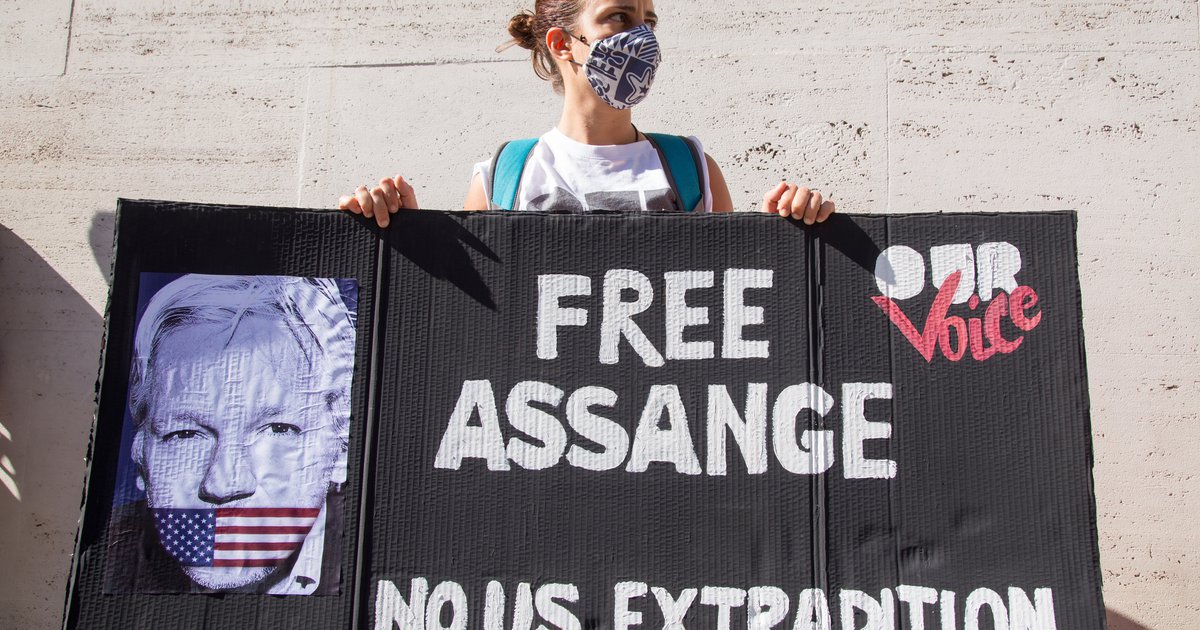 UPDATE: You may watch a recording of the Belmarsh Tribunal here.

When war crimes are exposed, the government puts the truth teller in jail. The Belmarsh Tribunal, named for the notorious British prison where Julian Assange is being held, puts the real criminals on the docket. Defending Rights & Dissent is honored to join the Progressive International, the Courage Foundation, The Intercept, and other organizations in sponsoring the latest session of the Belmarsh Tribunal. Our policy director, Chip Gibbons, will testify before the body.

“The Belmarsh Tribunal is particularly important,” Gibbons said. “Not only is it poetic justice to use the persecution of a journalist for exposing war crimes to stage a citizen’s inquiry into the very real crimes of his persecutor, but the US government has deliberately used the Espionage Act to censor exposés of its abuses. The Espionage Act hangs as a threat over government employees, and now journalists, who might reveal the abuses of the national security state. When whistleblowers have been tried under the Espionage Act, the US government has successfully barred them telling the jury about what it is they are on trial for exposing. It’s clear the US government is afraid of juries hearing about the realities of drone strikes, mass surveillance, torture, and other abuses of power. But that’s exactly what we need to be putting front and center.”

Defending Rights & Dissent has long opposed the persecution of whistleblowers and journalists who expose war crimes, illegal surveillance, and other abuses of power. It is for this reason that Defending Rights & Dissent organized one of the first protests in defense of Chelsea Manning, that we took to the streets after the Snowden revelations, and leapt into immediate action following the Espionage Act indictments of Reality Winner, Terry Alburry, and Daniel Hale.

Since 2019, we have been sounding the alarm about the unique dangers presented by the indictment of Julian Assange. Assange’s grave crime is publishing truthful information about US war crimes and abuses of power given to him by courageous whistleblower Chelsea Manning. Mannng has already been imprisoned and tortured by the US government and now they want the journalist. His prosecution, if successful, will set a precedent for the prosecution of journalists.

Starting on the 50th Anniversary of the Pentagon Papers, Defending Rights & Dissent has launched its limited series podcast Primary Sources. Primary Sources has given a voice to a number of whistleblowers charged under the Espionage Act, including Daniel Ellsberg, John Kiriakou, Thomas Drake, and Jeffrey Sterling. It also has provided a platform for drone whistleblowers to alert the public about the realities of drone warfare and a UN Special Rappatour to discuss his own investigation into the torture of Julian Assange.

The Belmarsh Tribunal’s prior two sessions have been in London. It’s upcoming session will be in New York City and focus on the twentieth anniversary of the opening of the US prison camp at Guantanamo Bay, Cuba.  For twenty years, Defending Rights & Dissent has campaigned for the closure of the notorious prison, sponsoring annual demonstrations on its anniversary. Recently, our Primary Sources Podcast highlighted the role of WikiLeaks in exposing US actions at Guantanamo.

The Belmarsh Tribunal will take place February 25, 2022 at 2:00 Eastern. It can be watched online. The complete list of sponsors includes the Progressive International, DiEM25, the Courage Foundation,  Defending Rights & Dissent, The People’s Forum, DSA International Committee, The Intercept, People’s Dispatch and the International People’s Assembly