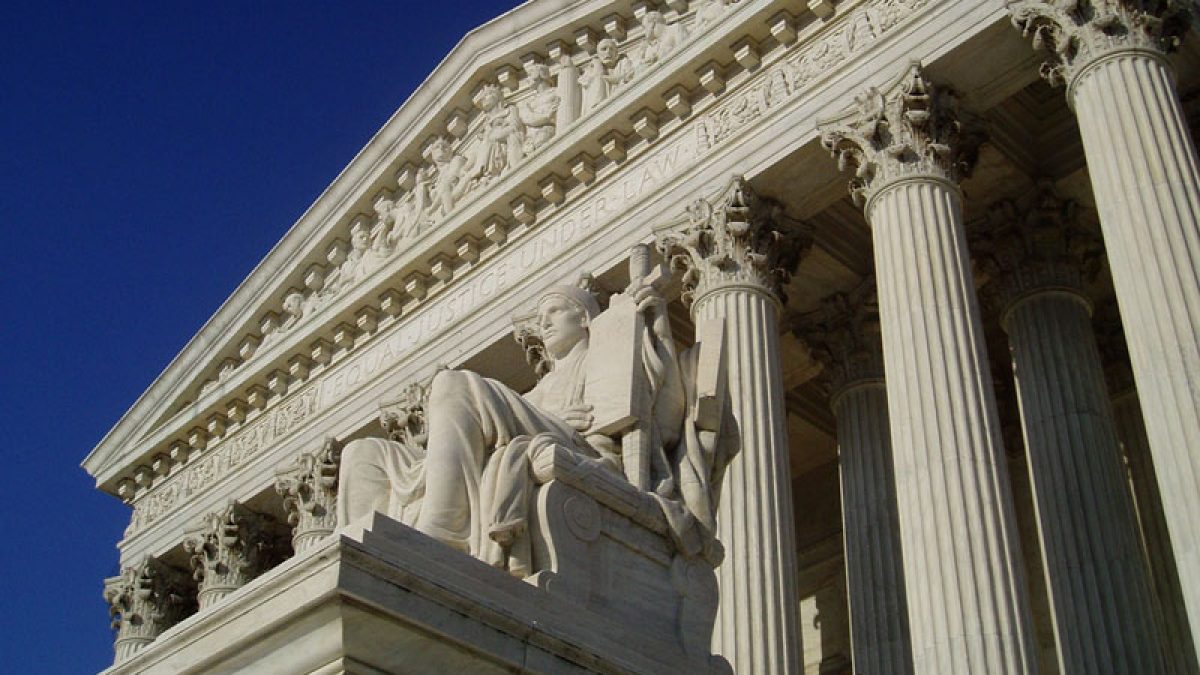 The leak of a Supreme Court draft opinion confirms what many have long expected: the overturning of Roe v Wade and the end of constitutionally protected safe and legal abortions in America. But if the language in the final decision expected this summer is similar to Justice Samuel Alito’s leaked opinion, it won’t just obliterate the precedent that upheld a woman’s right to choose.  It will tear open a legal Pandora’s box, jeopardizing other hard won rights and freedoms.

The 1973 ruling in Roe goes way beyond abortion rights. It affirmed and expanded the constitutional “right to privacy,” which the court derived from the right to liberty found in the Fourteenth Amendment (“no person shall be deprived of “life, liberty or property, without due process of law”) to include a woman’s right to have an abortion.

As the draft opinion makes clear, the majority of justices on the conservative court do not believe in the right to privacy.  If Roe is ended under the argument that privacy rights don’t exist, it will set the stage for rolling back freedoms that are largely dependent on this right.  Along with banning birth control or same-sex marriage, it could also undermine the rights of parents to make family decisions, such as whether their children are home-schooled or go to religious schools. The right to privacy also supports an adult’s right to decide their medical care, including the right to reject medical care in certain circumstances.

The draft ruling is based on a flawed interpretation of where rights and freedoms come from. “The inescapable conclusion is that a right to abortion is not deeply rooted in the Nation’s history and traditions,” Alito writes.  How can this be the standard?  If the Court only recognizes rights that can draw a straight line from the country’s founding in the 1700s, then civil rights, women’s suffrage, and many other fundamental rights that generations of Americans considered settled would be at risk.

The draft ruling also argues decisions about healthcare should be a matter for individual state legislatures and Congress to decide.  Almost half the states already have laws that basically ban or severely restrict abortion, while about 15 states and DC have laws that protect a woman’s right to choose (of course, DC’s protections could be eliminated if the GOP takes control of the House).  Overturning Roe would mean women and girls no longer have the same rights as their mothers and grandmothers had, and would invite legislatures to include extreme provisions like prohibiting women who became pregnant through rape or incest from obtaining an abortion.

While the source of the leaked opinion is unknown it has already inspired a rash of dangerous legislation and executive actions.  In Louisiana, Republican lawmakers are pushing a bill that would make abortion from the moment of fertilization a crime in which the mother can be charged with murder.  In Texas, Governor Greg Abbott announced his administration may challenge a Supreme Court ruling that states must provide free public education to all children.

Even if Congress were to pass legislation to protect the right to bodily autonomy (which is unlikely to happen because of the filibuster), other privacy rights will still be vulnerable if the Supreme Court overturns Roe.  And now that the court is expected to redefine what the constitution meant for individual privacy, it will be open season on established rights and freedoms for all Americans.